A 35-year-old Briton of Somali origin was arrested at Nairobi's Jomo Kenyatta airport as he attempted to leave Kenya on a Turkish Airlines flight. 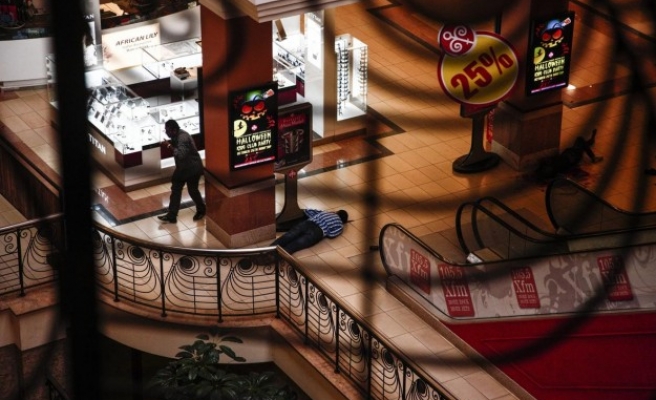 A British national has been arrested in Nairobi following the mall siege that killed at least 67 people, the Foreign Office in London said on Wednesday.

According to the Daily Mail newspaper, a 35-year-old Briton of Somali origin was arrested at Nairobi's Jomo Kenyatta airport as he attempted to leave Kenya on a Turkish Airlines flight.

A Foreign Office spokesman declined to comment on the report, saying only that the British authorities were aware of the arrest of a Briton in the Kenyan capital and stood ready to provide consular assistance.

A Kenyan anti-terrorism police unit source also told Reuters that a British citizen of Somali origin was detained after he missed his flight at the Nairobi airport, and was now being questioned. He gave no more details.

The Daily Mail said the man had attracted attention at the airport because he had bruising to his face, was wearing dark glasses and was behaving suspiciously.

The newspaper quoted Kenyan officials as saying the man's British passport appeared to be genuine and it contained a Kenyan visa, although there was no stamp indicating when and how he had entered the country.

The newspaper also said the man said under questioning that his facial injuries happened during a recent visit to Somalia.

Kenya was beginning three days of national mourning on Wednesday for the victims of the siege at the Westgate mall.