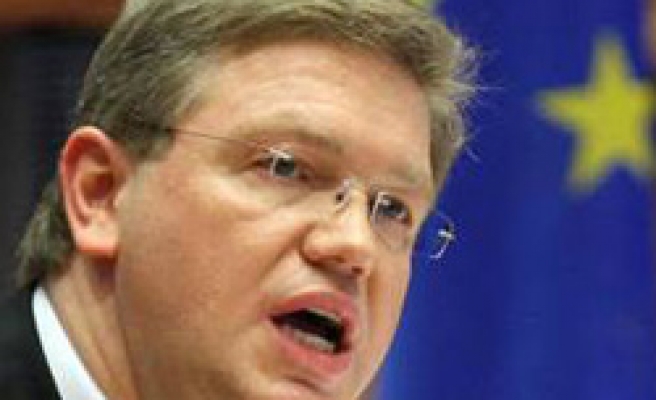 At a press conference after the meeting, EU Enlargement Commissioner Stefan Fule, who hosted the dialogue between the representatives of the European Commission and political leaders of Bosnia and Herzegovina, said the joint statement covered seven points which address the principles for further work on the implementation of the judgment in the case of ''Sejdic-Finci'' and the establishment of a coordination mechanism regarding to the EU integration.

"I hope that the work on the basis of today defined principles will result with the positive report of Bosnia and Herzegovina and finally open the way to the credible accession of Bosnia to the EU", said Fule.

The aim of the meeting in Brussels was resolving the three most urgent issues related to the Bosnia's EU prospects: the implementation of the judgment in the case "Sejdic-Finci", establishing a mechanism of coordination on EU matters and convergence of the Stabilization and Accession agreements.

Solution for the so called Sejdic-Finci issue is one of the preconditions for Bosnia to start with EU accession talks.

Jakob Finci, as a representative of Jewish community in Bosnia, and Bajro Sejdic, a representative of the Roma community, applied jointly in 2006 to the European Court of Human Rights claiming that the Constitution of Bosnia and Herzegovina provides only members of the three constituent peoples -- Bosniak, Bosnian Croats and Bosnian Serbs -- with possibility to be elected members of the Presidency and the House of People, while members of the "Others", to which national minorities belong, are denied this right.

The EU demands from Bosnia to harmonize its constitution with the European Convention, and to enable members of national minorities to be elected.

''Election method in accordance with the constitutional amendments and the BiH Election Law should prevent the imposition outcome of election results for each of the constituent peoples and Others'', added Fule.

The third session of high-level dialogue will continue in Brussels on October 10 with Fule, when the representatives will agree on electoral choices that will be consistent with the rights of constituent people and "Others", in accordance with international standards.