Bulgarian police officers are protesting against cuts to their retirement benefits, annual leaves and bonuses 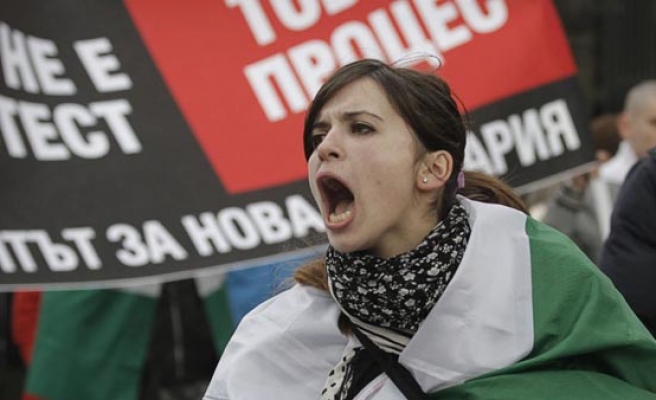 Police officers in Bulgaria protested against the government's austerity policy in front of the Finance Ministry in the capital Sofia on Tuesday, local media reports said.

Police decried the government’s retirement allowance plan that envisages significant cuts. A Bulgarian police officer gets an allowance of about 20 gross salaries on retirement, but the 2016 draft budget would bring this down to 10 gross salaries. According to The Sofia Globe, annual leaves would also be cut from 30 to 20 days and seniority bonuses might also be scrapped.

Bulgarian police officers encircled the Finance Ministry and blocked the traffic as they demanded to raise the issue with Bulgarian Prime Minister Boyko Borissov.

Bulgarian Minister of Internal Affairs Rumiana Bachvarova and Minister of Finance Vladislav Goranov said that the reforms envisaged budget savings which had been discussed for at least two months.

Police Union representatives said that many personnel were resigning every day because of the government's belt-tightening policy and warned that the decrease in numbers may also put pressure along the Turkish border where there is an ongoing struggle against the refugee flow.

The union announced that it will organize another demonstration, this time in front of the Parliament Wednesday.

“Trade unions at the Bulgarian Interior Ministry say that 20,000 police will protest on November 4, including by blocking national roads, after negotiations with the Finance Ministry failed to result in the withdrawal of a plan to cut back retirement pay,” The Sofia Globe report said.