"There are seven reception centers ready to host them across the country," said official of the country's refugee agency. 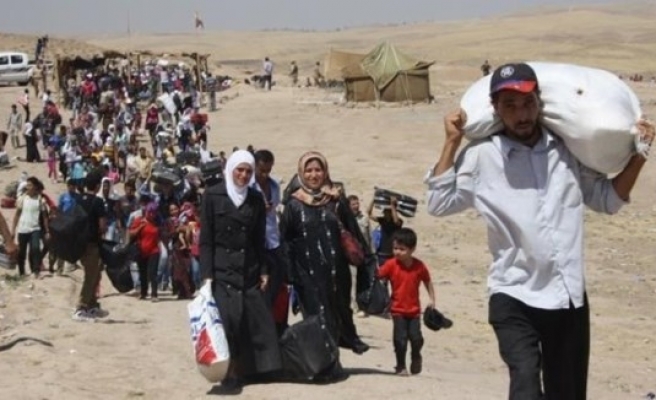 Bulgaria will receive a new influx of asylum seekers from Syria who will cross through Turkey, said an official of the country's refugee agency on Wednesday.

Vasil Varbanov, the vice-president of the agency, said that despite its political and economic problems, the country would accept 6,000 refugees on its soil. He added that the number could be increased if necessary.

"There are seven reception centers ready to host them across the country," said Varbanov.

Bulgarian officials said the country had already registered around 6,000 Syrian asylum seekers in the last year.

The total number of asylum seekers in Bulgaria, a country with a population of 7.3 million, is at around 15,000.

Syrians have been steadily fleeing their conflict-ridden country as regime forces have been fighting against rebel forces.

The situation has worsened since the surge of the of ISIL.

On Monday, ISIL's flag waved over a village as close as 500 meters from the Turkish frontier. More than 130,000 Kurdish Syrians have fled to the Turkish border town of Suruc when Turkey opened its borders last Friday.