Bulgarian PM says to resign ahead of October snap poll

Oresharski said he would likely stand down between July 23 and 25, in line with an agreement between political parties 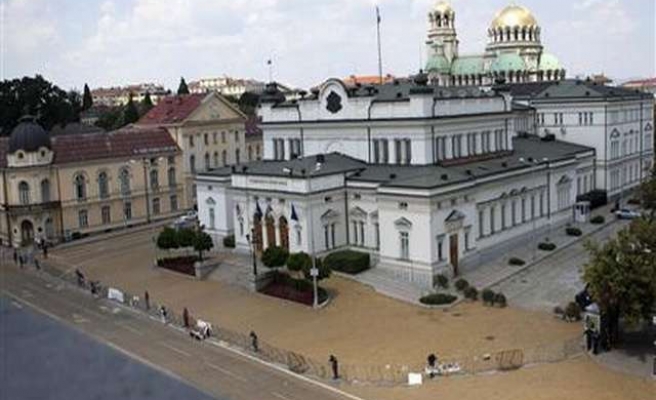 Bulgarian Prime Minister Plamen Oresharski said on Thursday he would likely stand down between July 23 and 25, in line with an agreement between political parties to hold a snap election on Oct. 5.

Barely a year in power, Oresharski's minority government agreed to resign after the coalition's biggest party, the Socialists, fared badly in European elections held in May.

The prime minister's political woes were compounded when Bulgarians flocked to two local lenders last month to withdraw their savings, spooked by media reports, emails and text messages questioning the health of the banks.

The government has blamed an orchestrated attack designed to destabilise the banking system and has made a number of arrests.

Oresharski told BTV television he would withhold his resignation until after July 21, when Bulgaria's troubled Corpbank, the first to be hit by the bank runs, is due to re-open. The bank was placed under central bank control.

"I have good reason that it should not be July 21; most probably it will be on Wednesday, Thursday or Friday that parliament will be able to vote on my resignation," he said.

A non-party technocrat, Oresharski's tenure has been dogged by instability and street protests over endemic corruption. The government has struggled to revive sluggish economic growth and to stem a sharp drop in foreign investment.

Opinion polls suggest Boiko Borisov's centre-right GERB party, whose last government was toppled in February 2013 by street protests over high energy prices, will emerge as the largest party in the new parliament.

However, Borisov may struggle to form a stable government, having won the last election but failing to find allies. The GERB party has said it will boycott parliament until deputies convene to vote on Oresharski's resignation.