Far-right Orthodox groups in Bulgaria have been calling on volunteers to fight in Ukraine for Russian forces. 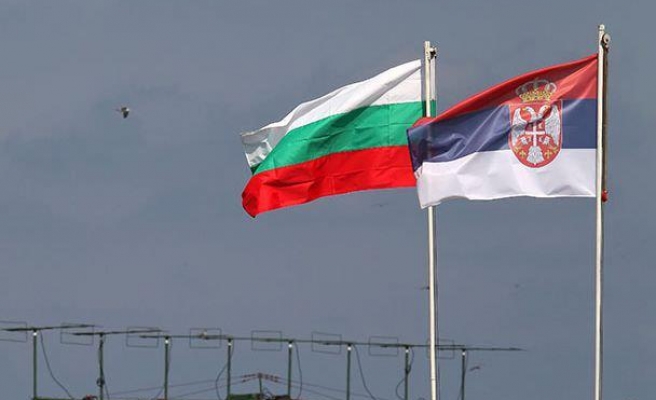 Far-right Bulgarians have been using social media websites to call their people to go to Crimea to 'defend' Bulgarians living there from 'violence and oppression.'

BNP leader Simeon Kostadinov said that there was no central governing body in Ukraine at the moment, and that the enforcement of law and order had been left to militants after president Viktor Yanukovich was ousted from office.

Orthodox Dawn leader Pavel Chernev said that his group would sponser Bulgarians willing to go to Ukraine, along with the help of an unnamed organization based in Rome.

According to Al Jazeera Turk, intelligence sources have noted 20 Bulgarians who have gone to Ukraine to join the 'Dobrovolets' paramilitary group, which is believed to be under the control of Russia.

The same groups reportedly told their followers that the religion os Islam has increased its influence in the Balkans, and has called on Orthodox Christians in Serbia, Macedonia, Greece and Russia to combine their efforts to prevent this.

On Thursday, five men, believed to be volunteers from Serbia, were filmed patrolling vehicles in Crimea for pro-Russian militias.

Their uniforms sported the symbols of the Serb nationalist Chetnik movement, which originated in the early 1900s as an insurgency against Ottoman rule.

Despite being banned after World War II, the group re-emerged during the 1990s Balkan wars, which saw the dismemberment of Yugoslavia.

The Chetniks are known for their brutality towards the Bosniaks in particular, and still intimate Bosniaks in the mainly Serb regions of Bosnia-Herzegovina today.

They said they were invited by the Cossaks, a group of Russian volunteers with a similar ideology.

Sezgin Mumin, a representative of the ethnic Turk community in Bulgaria and the head of the Bulgaria Justice Federation, expressed his support for the Crimean Tatars, who have been caught in the middle of tensions between Russia and Ukraine for the disputed peninsula.

Saying that the situation in Crimea and the plight of the Muslim Crimean Tatars concerns the entire Turkic world, Mumin called on all Turks and Muslims to demonstrate their stance against Russia.

Addressing Turkish organizations, Mumin noted that even Bulgarians were protesting against the Russian occupation of Crimea in Sofia, and therefore called on Bulgarian Turks to outdo them with similar protests on a larger scale.

The article falls victim to western style "exploitation of contradictions" in the vocabulary of Zbignew Brzezinski's. Or in plain speak -- divide and conquer. Crimean Tatars -- other then western paid NGOs by a wide margin support Russia. Republic Tatarstan is second most developed republic in Russia, and jobs, business and education opportunities for Tatars is immense. Ukraine did nothing for them, and now with the fascists in Kyev, there is no way of knowing what might happen.