Call made for protests against Netanyahu's visit to UK 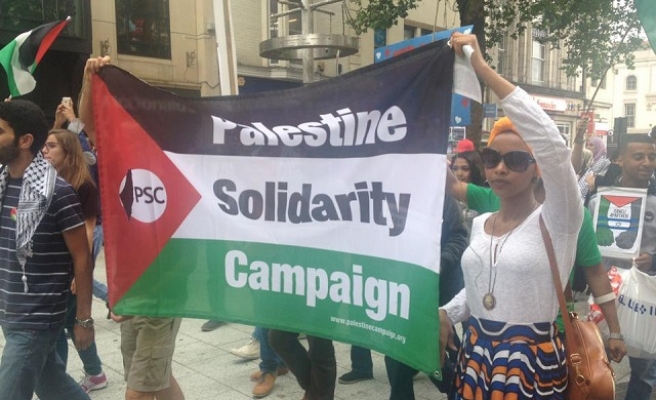 The Palestine Solidarity Campaign has called for a mass protest against Israeli Prime Minister Benjamin Netanyahu’s visit to London next week.

Tens of thousands of Britons have already signed a petition calling on British Prime Minister David Cameron to cancel the visit and to have the Israeli premier arrested on arrival, but the British government said that as a serving prime minister, Netanyahu has diplomatic immune.

"The British government's negative reaction to the petition which was signed by 90,000 people was shocking... But even if Netanyahu escaped this time from the British courts, this does not mean that he survived international justice for his crimes," member of the Palestinian Forum in Britain Ziad El-Aloul said, media reported.

"I believe the number of signatories will exceed 100,000 which will turn the issue into public opinion for discussion at the British Parliament," El-Aloul added.

He pointed out that the protests are "a message not only against the visit of the war criminal, Netanyahu but also a letter of protest against the British government's position on this visit."