'Brexit' poll will see cabinet ministers campaigning against each other 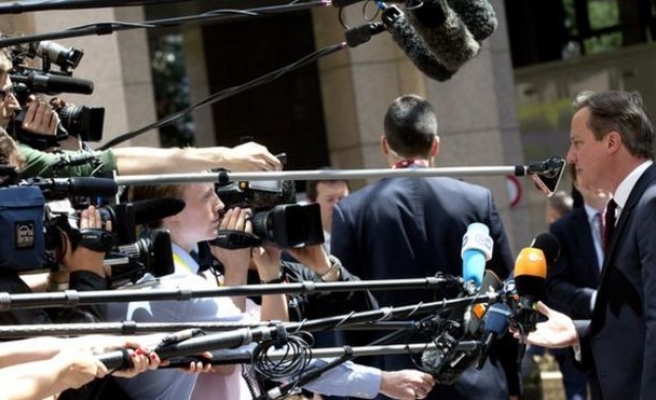 Britain’s referendum on its EU membership will be held on Thursday, June 23, David Cameron has announced at the end of a renegotiation which lasted nine months.

The U.K. premier said it was now for the British public to decide whether their country should remain a part of the bloc or end its 43-year membership.

Speaking outside his Downing Street residence in central London on Saturday, Cameron said: “Those who want to leave Europe cannot tell you if British businesses would be able to access Europe's free-trade single market, or if working people's jobs are safe, or how much prices would rise.

“All they're offering is a risk at a time of uncertainty -- a leap in the dark.”

Directly addressing voters, he said: “The choice is in your hands, but my recommendation is clear.

“I believe that Britain will be safer, stronger and better off by remaining in a reformed European Union.”

The announcement triggers a four-month campaign that will see Cameron lead the argument to remain part of the EU.

He will be supported by his most senior ministers, including Foreign Secretary Philip Hammond and George Osborne, finance minister.

But at least five members of his cabinet -- including the justice secretary, Michael Gove, a close personal friend of Cameron’s -- will take the opposite position and campaign for Britain to leave.

Cameron had previously announced he was suspending the British convention of collective responsibility in the cabinet, meaning ministers opposed to his position will not have to resign.

There was also mounting speculation over the position of London Mayor Boris Johnson, the most senior politician from Cameron’s Conservative Party not to declare his hand.

Saturday’s announcement came barely 12 hours after Cameron struck a deal with other EU leaders in Brussels to renegotiate Britain’s membership.

The agreement ensures the EU treaties will be amended to explicitly state that Europe’s pledge for ever-closer political union does not apply to Britain.

It also established that welfare benefits will be paid to EU migrants at the rate of their home country, irrespective of which member state they are living in, from 2020.

Donald Tusk, the European Council president, described the deal as one that “does not deepen cracks in our union but builds bridges”.

He said on Friday night: “The deal responds to all the concerns of the U.K., and respects at the meantime the basic principles of our union. And at the same time, it safeguards the integrity of the single market and the cohesion of eurozone.”