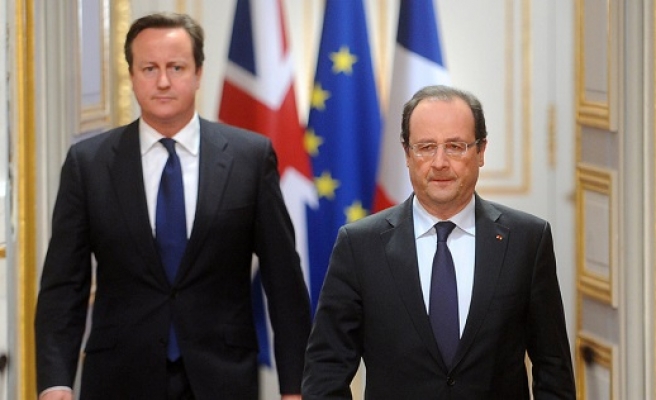 British Prime Minister David Cameron and French President Francois Hollande agreed Monday that draft proposals to reform Britain's membership of the EU give a "firm basis" for a deal this week, a Downing Street spokesman said.

"They agreed that we are making good progress on the UK renegotiation and that the draft text from the European Council provides a firm basis to reach agreement at this week's summit," the spokesman for Cameron's office said.

The remarks come after a French official said that "more work is needed, particularly on economic governance" before the EU states could agree a deal designed to prevent Britain leaving the 28-member bloc after a referendum.

Britain, which does not use the euro, wants to renegotiate the terms of its membership to ensure it never has to pay into a fund to protect the eurozone.

It also wants any issues that affect the entire bloc to be discussed by all 28 member states, and not just the 19 nations that use the single currency.

The talks with Hollande had been hastily arranged ahead of an European Union summit in Brussels this Thursday and Friday.

Cameron hopes to agree a deal ahead of the talks to pave the way for an "in-out" referendum, likely to be held in Britain by June.