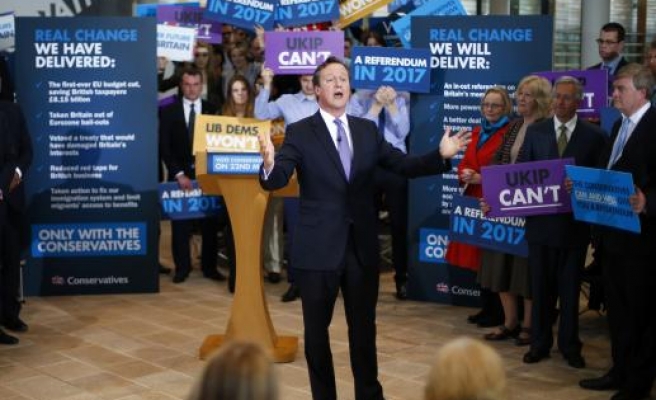 British Prime Minister David Cameron on Sunday described the defection of a lawmaker from his ruling Conservative party to the anti-European Union UK Independence Party (UKIP) as frustrating and counter-productive.

Saturday's defection of lawmaker Mark Reckless to UKIP - the second such switch in just over four weeks - was a blow to the Conservatives on the eve of their final party conference before an election in May 2015 at which Cameron is expected to appeal to voters to re-elect him.

Reckless, who wants Britain to withdraw from the European Union, had cited frustration with the Conservatives' Europe policy. But Cameron, who has promised to hold a referendum in 2017 on Britain's membership of the 28-nation bloc if re-elected, said Reckless's decision was illogical.

"These things are frustrating, and frankly they are counter productive and rather senseless," Cameron told BBC TV. "If you want to have a European referendum, if you want to have immigration controls ... there is only one option and that is to have a Conservative government after the next election."