Cameron's spokesman sharply criticised the decision, escalating a diplomatic dispute that threatens to damage relations between London and Beijing 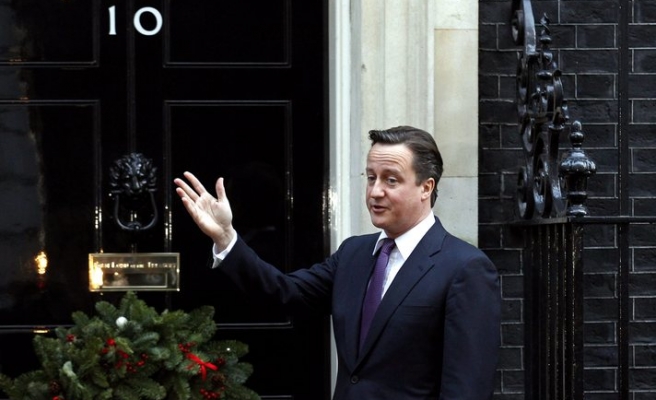 Prime Minister David Cameron believes a Chinese decision to prevent a committee of British lawmakers visiting Hong Kong is mistaken and has only served to heighten concerns around the former British colony, his spokesman said on Monday.

On Sunday, the chairman of parliament's foreign affairs committee said Chinese embassy officials had told him he and other British lawmakers would be refused entry to Hong Kong to undertake research related to an inquiry about progress towards democracy there.

Cameron's spokesman sharply criticised that decision on Monday, escalating a diplomatic dispute that threatens to damage relations between London and Beijing at a time when economic and trade ties between the two are becoming closer.

"His (Cameron's) view is that the decision with regard to the foreign affairs committee is a mistaken one," the British leader's spokesman told reporters, saying Foreign Secretary Philip Hammond had complained about the matter to his Chinese counterpart last week on the sidelines of a meeting in Vienna.

"It's counter productive because it only serves to amplify concerns about the situation in Hong Kong, rather than diminishing concerns," the spokesman said.

Britain handed Hong Kong back to China in 1997 under a deal which allowed it to keep its wide-ranging freedoms and autonomy.

But recent moves by Beijing to control nominations for a 2017 leadership vote have prompted widespread protests in the city. On Monday, thousands of pro-democracy activists in Hong Kong forced the temporary closure of government headquarters after clashing with police.

Chinese Foreign Ministry spokeswoman Hua Chunying had previously said that Beijing had every right to decide who it let into the territory, calling the British committee's determination to visit an "overt confrontation."

Richard Ottaway, the chairman of the Foreign affairs committee, wants an emergency debate in parliament on the spat.

Chinese Premier Li Keqiang visited London in June to strengthen diplomatic and economic ties between the two countries, which had been frosty since 2012 when Cameron met the Dalai Lama, the Tibetan spiritual leader whom Beijing says is a separatist.