British PM says it is in country's 'national interest' to stay 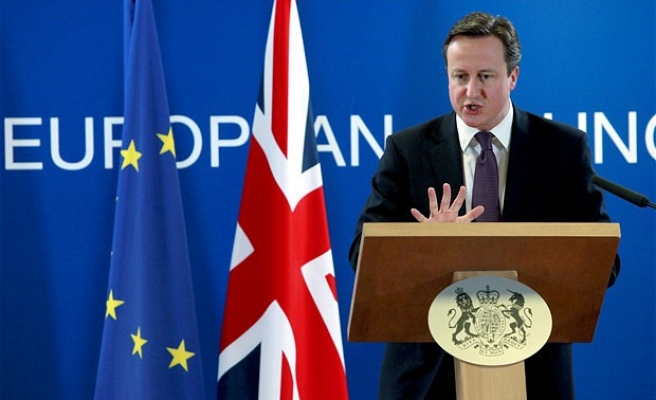 U.K. premier David Cameron has described “a seat at the table as a member of the EU” as a vital way for Britain to protect its interests.

Cameron was speaking on the BBC’s Andrew Marr Show on Sunday morning after a week which saw him present an EU-reform package to U.K. voters for approval in a June referendum.

"This is about our national interest," Cameron said Sunday, arguing that a deal reached in Brussels earlier this week meant Britain did not need to “risk” leaving the 28-country bloc.

The prime minister said that the idea of leaving the EU may give a false impression of sovereignty.

"You have an illusion of sovereignty but you don’t have power, you don't have control," he said.

Cameron said he will stand with the will of people and support whatever comes out of the referendum:

"They will instruct their prime minister to stay in or leave and I will answer that instruction, whatever it is. That is my job."

On the ruling Conservative Party's split over referendum Cameron said:

"We had a very good, very civilized, very dignified Cabinet meeting. Everyone agreed that the deal in Brussels was a good one."

Also speaking on the show was Scottish First Minister Nicola Sturgeon who warned that if the U.K. says votes to leave the EU, it would trigger another Scottish independence vote.

"There are many people who voted no [to independence] who would say that the only way to guarantee our EU membership would be to have an independent Scotland," she said.

Britain’s referendum on its EU membership will be held on Thursday, June 23, Cameron announced at the end of a renegotiation which lasted nine months.