David Cameron has urged other EU leaders to support his "reasonable" proposals for far-reaching curbs on welfare benefits for migrants. 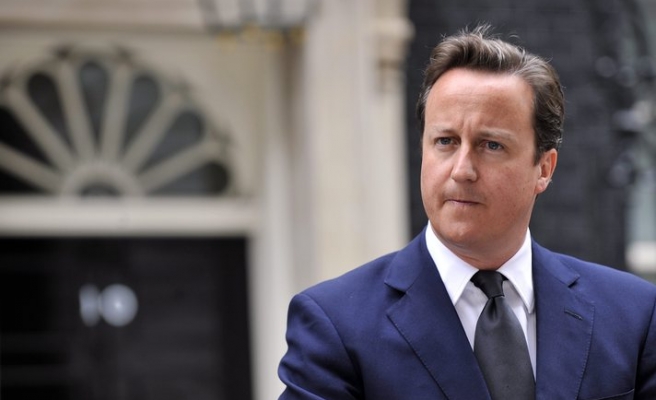 Prime Minister David Cameron hinted on Friday he might recommend a British exit from the European Union if it stops him restricting EU migrants' access to UK welfare benefits, but said he was confident it would not come to that.

In a speech designed to breathe new life into his campaign for re-election next May, Cameron set out a detailed blueprint for limiting EU migrants' access to benefits like tax credits and housing.

In a demand likely to meet fierce resistance from EU leaders such as German Chancellor Angela Merkel, Cameron said his proposals would require changes to EU treaties, which enshrine freedom of movement as a fundamental principle.

If re-elected, Cameron has promised to renegotiate Britain's ties with the EU before holding a referendum in 2017 on whether to stay in or leave the 28-nation union. While making it clear he thought that renegotiation would succeed, he dropped his strongest hint yet that he may campaign for Britain to quit the bloc if he fails.

"I will negotiate a cut to EU migration and make welfare reform an absolute requirement in renegotiation," Cameron said.

"If I succeed in the negotiation that I am going to undertake, I will, as I have said, campaign to keep this country in a reformed EU. (But) if our concerns fall on deaf ears and we cannot put our relationship with the EU on a better footing, then of course I rule nothing out."

Opinion polls show immigration is the number one concern of British voters, many of whom believe it is posing intolerable strain on schools, hospitals and the welfare system. Defenders of the system say the majority of those arriving are young workers, often from Eastern Europe, who find jobs, pay taxes and make limited demands on welfare.

The issue has fuelled the popularity of the anti-EU, anti-immigration UK Independence Party (UKIP), which this month won its second seat in parliament. Many of Cameron's Conservative lawmakers fear UKIP's rise threatens their re-election chances.

"Our concerns are not outlandish or unreasonable," said Cameron. We deserve to be heard, and we must be heard. Not only for Britain's sake, but for the rest of Europe.

"Because what is happening in Britain is not unique to Britain. Across the European Union, issues of migration are causing real concern."

In Brussels, a European Commission spokesman said: "These are UK ideas and they are part of the debate. They will have to be discussed without drama and should be discussed calmly and carefully. It is up to national lawmakers to fight against abuses of the system and EU law allows for this."

Anticipating an anxious reaction from some EU partners, Cameron phoned Polish Prime Minister Ewa Kopacz beforehand to reassure her any measures would not discriminate against Poles.

Polish foreign ministry spokesman Marcin Wojciechowski said: "We have nothing against tightening the benefits system, but it has to be done in accordance with the EU regulations."

In Sofia, the Bulgarian capital, residents were sceptical.

"It's discriminatory. No doubt!," said French teacher Ivan Lyubenov. "Cameron is trying to pander to the Eurosceptic people in Britain."

If implemented, Cameron's proposals would affect over 400,000 EU migrants, many of them working in low-wage jobs.

Welfare payments to EU migrants' children living outside Britain would be stopped, and jobless EU migrants would be removed if they were unable to find work within six months.

Nationals from member states joining the EU in future would also be banned from joining the labour market until their home economies had converged more closely with current members.

Such changes would require the agreement of other EU states.

Under the EU's freedom of movement rules, EU citizens are entitled to work anywhere in the bloc. That has seen hundreds of thousands of EU nationals come to work in Britain, which has the bloc's fastest-growing economy.

Figures published on Thursday showed 228,000 had moved to Britain in the year to June alone -- the highest recorded figure -- adding political pressure on Cameron to act.

UKIP and parts of the Conservative party say the public is unhappy about what it perceives to be abuse of the welfare system by unemployed EU migrants and is worried that those migrants who do find jobs are depressing wages.

Cameron hopes the speech will draw a line under the issue and allow him to refocus debate on the economy, which has staged a strong recovery on his watch.

Nigel Farage, UKIP's leader, said of the speech: "It's a cynical attempt to kick the issue into the long grass until after the election. I don't think a single person in Britain has bought into any part of what he has said today."