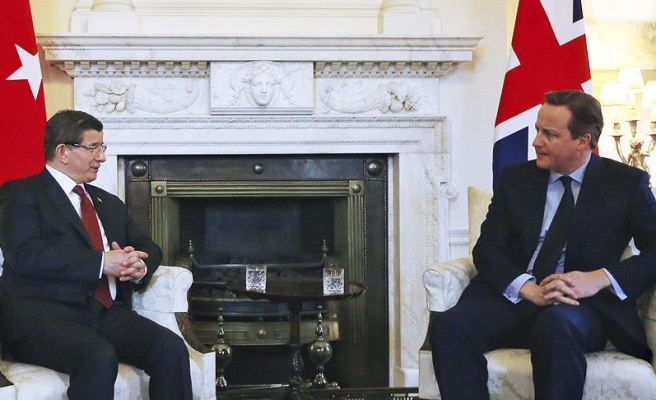 David Cameron has welcomed his "good friend" Ahmet Davutoglu, the Turkish prime minister, who is making a two-day visit to the U.K.

In short remarks ahead of formal talks at the British Prime Minister’s offices on Downing Street, Cameron offered his condolences following Monday morning’s rocket strike on a school in southern Turkey that killed one person.

He said: "We face these challenges together with you, the fight against terrorism, against ISIL, and also the need to bring about change in Syria.

"We’re going to work very closely together on that, as on many other things, as NATO partners and allies with a very strong economic relationship and a very strong political relationship that we’ve built up over the last few years."

Davutoglu described British-Turkish ties as "excellent", with a trade volume of $15 billion in 2015, and said he was sure their meeting would "accelerate all the economic and political cooperation".

The Turkish prime minister, a former academic, said he was happy to have found a brief moment to escape to a London bookstore.