Catalan election campaign kicks off with candidates in jail

The first rallies were held with Catalonia's sacked vice president Oriol Junqueras and three other separatist leaders still in prison after a Supreme Court judge on Monday turned down their request to be freed while they are investigated over their role in the wealthy northeastern region's independence drive. 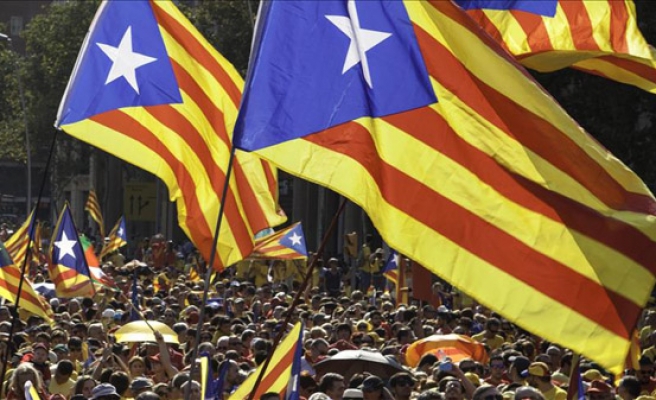 Catalan political parties officially kicked off their campaign for a December 21 regional election on Tuesday, with separatist candidates either in exile or in jail and polls pointing to a tight race.

Catalan leader Carles Puigdemont meanwhile campaigned by video conference from Belgium, where he escaped to after his region's parliament declared independence on October 27, claiming he would not get a fair trial at home.

"They (Madrid) want to raise as many difficulties as possible so we can't campaign on an equal footing with the other candidates," he said in his address to his party's rally in Barcelona just before midnight.

Madrid wants to prosecute Puigdemont and the other jailed separatist leaders for rebellion -- which carries a maximum 30-year prison sentence -- and sedition for their role in the independence drive, as well as for misusing public funds.

A yellow ribbon to signify support for the jailed separatist leaders occupied an empty seat that had been reserved for Puigdemont at the rally.

A yellow ribbon also occupied the empty chair reserved for Junqueras at his party's opening rally in the town of Vic about 100 kilometres (60 miles) further north.