Catalonia held a Nov. 9, 2014, referendum even thought it had been suspended by Spain's Constitutional Court. 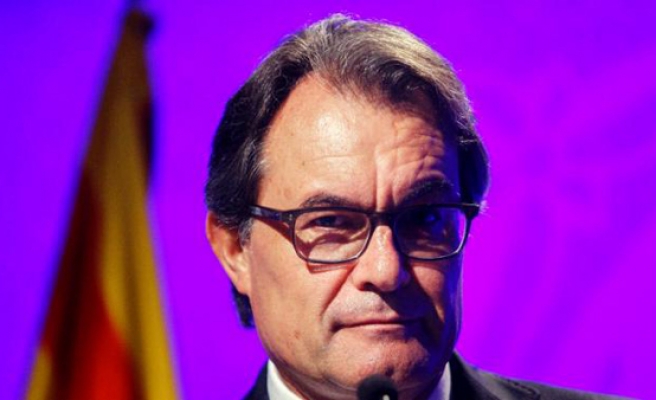 Catalonia's leader Artur Mas goes to court on Thursday charged with breaking the law by organising a vote on whether his region should be independent from Spain.

Mas's supporters have branded the case against him politically motivated and accuse Spanish authorities of going after him to disrupt his drive for the rich northeastern region to secede.

The Catalan independence movement has raised political tensions in Spain as it recovers from several years of recession and prepares for general elections on December 20.

The Spanish government says holding a vote on independence is against the constitution since all Spanish people have the right to decide on matters of sovereignty.

Prosecutors accuse Mas of civil disobedience and misuse of public funds in organising the vote on November 9, 2014, in defiance of an injunction by Spain's Constitutional Court.

Mas himself called the ballot "a great act of democratic rebellion".

He will be questioned by regional high court judges from 0800 GMT in Barcelona.

The Spanish government went to court to block his plan for a full referendum so Mas instead held last November's vote as a non-binding symbolic ballot.

Some 2.3 million of Catalonia's 7.5 million inhabitants took part and nearly 1.9 million of them voted in favour of independence.