As thousands rallied in Madrid in support of Spanish unity, Carles Puigdemont's office said he would make a speech at the seat of the regional government at 2:30 pm (1230 GMT). 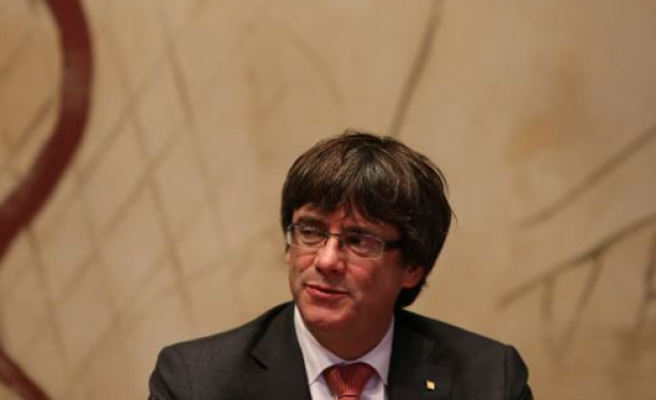 Catalonia's deposed leader prepared to speak out Saturday as Madrid imposed direct rule on the rebel region to quash an independence drive that has pushed the country into uncharted waters.

It is the first time the central government has curtailed autonomy in the wealthy northwestern region since dictator Francisco Franco's repressive 1939-75 rule.

Madrid also fired regional police chief Josep Lluis Trapero, seen as an ally of Catalonia's separatist leaders, and put the interior ministry in charge of his department in a move likely to further escalate tensions in Spain's worst political crisis in decades.

A day after Catalan lawmakers voted to break with Spain, the regional and national flags still fluttered side by side over the seat of the Generalitat, the name for the regional government.

The streets of Barcelona were largely empty after a night of firework-lit celebrations, and security was reinforced around the regional headquarters of the national police.

A small child was pushed by its father in a buggy sporting a sign proclaiming: "Together", and some in the crowd waved placards calling for Puigdemont to be jailed.

"It is a shame what happened in Catalonia," lamented anti-secessionist protester Carlos Fernandez, a 41-year-old mining engineer.