Police have orders to remove students and parents at 6 a.m. Sunday to block the vote 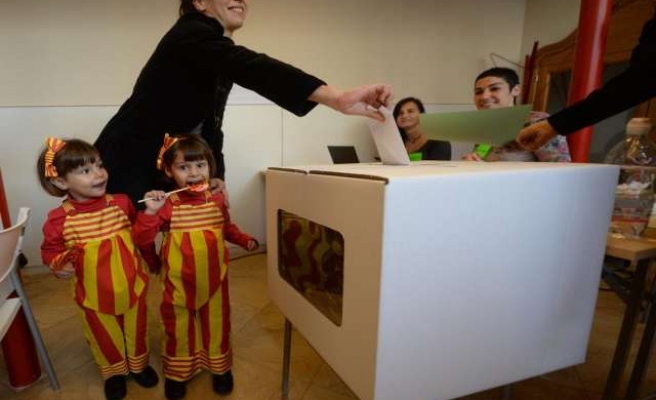 Students and parents have occupied schools throughout Catalonia in an attempt to secure them as voting centers ahead of Sunday’s proposed independence referendum, according to local media on Saturday.

Catalan daily La Vanguardia reported that the schools had planned activities such as pajama parties, dance classes, games, outdoor cinema and sports to keep everyone entertained as the clock counts down to Sunday’s independence vote, which has been deemed illegal by Spanish authorities.

Catalan police have orders from the High Court of Catalonia to clear out these voting centers at 6 a.m. (0400GMT) Sunday morning to prevent the vote from taking place as planned.

On Friday, the Catalan education minister signed an order for the Catalan government to take control of the schools until Monday morning.

Contrary to the pro-separatist Catalan government, the Spanish government continues to insist that there will be no independence referendum on Sunday.

"The [Spanish] government will ensure that the law is followed. Whoever makes those laws vulnerable will face consequences. The government, as it is obliged to do, will defend the constitutional unity of Spain and liberal democracy from those who elude democratic control," said Spanish government spokesman Inigo Mendez de Vigo in a press conference on Friday.

The Catalan police, now coordinated by the Spanish police in an operation to prevent the referendum, have been instructed to remove the activists, many of whom are young students, nonviolently and without using batons on "passive disobedience," according to an internal memo published by various Spanish media outlets on Friday.

"For us, there is nothing more important than to continue to guarantee the safety of people," the Catalan police tweeted Friday.