Catalonia in transition to independence from Spain 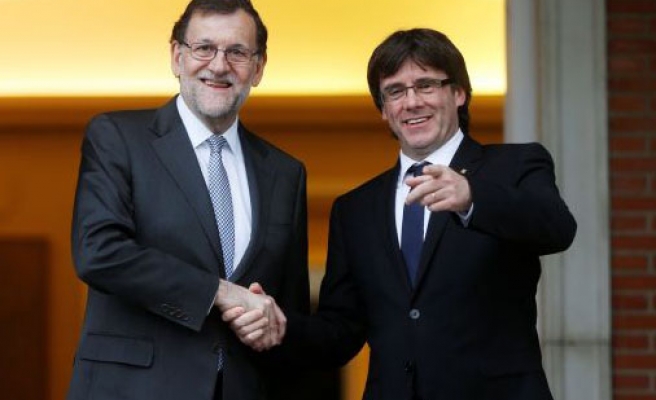 To celebrate the day of Catalonia’s patron saint, it is traditional for the region’s president to send a letter to public workers.

This year, recently elected President Carles Puigdemont sent an email that said: “Catalonia is in the process of transition. Transition to our own state, which will allow us to live and decide better and also to overcome an economic crisis and the social effects that come with it, which are still felt.”

Puigdemont has been in office for just over three months and leads a separatist coalition in the Catalan parliament.

The separatists hold a majority and in November they passed a resolution to begin an 18-month march towards independence, including writing new laws for social security and taxes. The resolution, declared illegal by the Constitutional Court, aims for the wealthy northeastern region to gain independence by as early as next year.

"Catalonia will be what the Catalans want it to be and that’s why we will count on the ideas, energy and hope of all,” Puigdemont said in his message.

The push for independence in Catalonia has accelerated in recent years. The central government has repeatedly denied requests for a referendum on the issue so Catalan’s regional election in September was portrayed as a vote on leaving Spain.

The separatists won a majority and have been “in transition” since.

Earlier this week, Puigdemont met Spain’s acting Prime Minister Mariano Rajoy. Although the two left meeting with “profound differences”, it was the first time since July 2014 that such a high-level talk had been held.

“Catalonia is Spain,” Rajoy said after the meeting. “We will defend that position, which is the unity of Spain.”

Before the meeting, Puigdemont had ruled out a unilateral declaration of independence during “this term” in an interview on Spanish radio.

However, Spanish media speculate that after the 18-month resolution is complete, he may call a new election to gauge support for independence.