Catalonia, one of Spain's economic heavyweights

Catalonia, whose leaders are pushing for secession from Spain, is one of the powerhouses of the Spanish economy, buoyed by industry, research and tourism but burdened with a heavy debt. 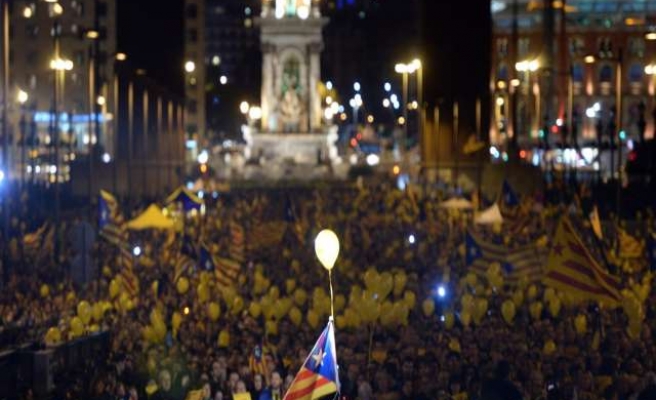 Contributing 19 percent of Spain's GDP in 2016, Catalonia rivals Madrid for the distinction of being the richest region in the country.

It is fourth in terms of GDP per capita with 28,600 euros ($33,600), after Madrid, the northern Basque Country and neighbouring Navarra. GDP per capita in Spain overall is 24,000 euros.

Like in Madrid, unemployment is also much lower than in the rest of country: 13.2 percent in the second quarter of 2017 compared to 17.2 percent nationally.

- Dynamic exports, big companies -
Catalonia is by far Spain's first exporting region, with a quarter of all goods produced there sold abroad in 2016 and in the first quarter of 2017.

It attracted some 14 percent of foreign investment in Spain in 2015, in second position after Madrid which got a huge 64 percent, but far ahead of all the other regions, according to the economy ministry's latest data.

- Major industrial player -
The agri-food, chemistry and auto sectors are pillars of Catalan industry, which also has a big logistics hub.

The biggest industrial sector in the region in terms of jobs and turnover is agri-food, buoyed by the powerful meat business which exports a lot of pork.

The region concentrates around half of all of Spain's chemical production, with a major hub in Tarragona.

According to the sector's regional federation, turnover in Catalonia is higher than in Austria or Denmark.

In 2016, the region was also the second car producer in Spain after Castilla y Leon. Nissan and Volkswagen, via is brand Seat, have factories there. Spain is the second biggest vehicle maker in the EU after Germany.

- Cutting-edge research and bioscience -
Since the 1990s Catalonia has invested in research, particularly in bioscience -- genetics, neurosciences, cell biology -- and the sector now represents 7 percent of its GDP.

With many cutting-edge hospitals and research centres, including in the nuclear sector with a particle accelerator, the region says it is the first in Europe in the number of pharmaceutical companies per capita.

New technology is also very present in Barcelona, which every year hosts the Mobile World Congress.

Catalan universities are among the best in the country: of the top five Spanish universities in the widely-watched annual ranking compiled by the independent Shanghai Ranking Consultancy, three are Catalan.

Its business schools -- Esade and IESE -- are well known and Barcelona also has big publishing houses.

- Spain's top tourism destination -
With its capital Barcelona and Costa Brava beaches, Catalonia is the Spanish region that most attracts foreign tourists and the trend is on the rise.

More than 18 million visitors went in 2016, or a quarter of all foreigners who came to Spain.

Its airport is the country's second biggest after Madrid. In 2016, it handled more than 44 million passengers.

It is particularly valued by low-cost companies that want to make it a European hub for their long-distance flights to the Americas.

Barcelona's port is the third biggest in Spain for goods after Algeciras in the south and Valencia in the east, and one of the largest in Europe for cruise ships.

- Debt the weak link -
Catalonia's debt represents 35.2 percent of its GDP, which made it the third most indebted region in Spain in the first quarter of 2017, after Valencia and Castilla La Mancha.

Ratings agencies have given it a low, speculative grade, which means Catalonia is not able to borrow directly on financial markets. So it depends on loans emitted by the Spanish state.

- Economic impact of independence -
The issue is much debated among both camps, who generally present widely different figures, often based on different methodologies and hypotheses.

If independence were to happen, Spain's economy ministry claims that Catalonia would leave the European Union, its GDP would fall 25 to 30 percent and unemployment would double.

But some economists believe that the newly-formed republic would stay in the EU, predicting that its GDP would remain stable in the short term and rise 7 percent in the long term.

Catalonia's government also highlights that the region would no longer suffer from what it calls a "budget deficit", or the fact of paying more in taxes to Madrid than it gets back.