Cervantes Institute to close on Gibraltar

A Spanish politician has heightened diplomatic tensions after announcing the closure of an iconic language school in Gibraltar - stating that everyone on the Rock already speaks Spanish "except for the apes". 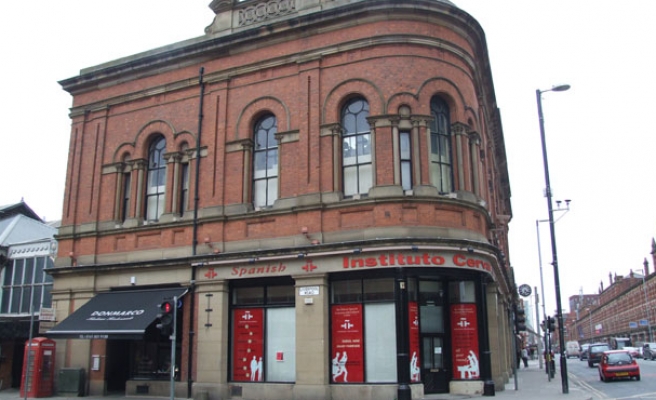 Spain's foreign minister José Manuel García Margallo announced the decision to close the iconic language institute, the Cervantes Institute culture centre, explaining that there was no need to have such a thing on "what is considered to be Spanish territory".

The Cervantes Institute was set up in 1991 to encourage the teaching of the Spanish language and culture, with its centre in Gibraltar opened in 2011 as part of an agreement between the UK, Spain and Gibraltar authorities.

Speaking in the Spanish Parliament, he said: "To have a Cervantes (Institute) there is a contradiction," before adding, "moreover, everyone there speaks Spanish except the apes."

His remark is believed to have been in reference to the Barbary macaques which famously live in Gibraltar and are Europe's only wild population of monkeys.

The announcement of the school closure comes shortly before Foreign Secretary Philip Hammond’s visit to Spanish capital Madrid next week.

It is understood that Mr Hammond and Mr García-Margallo will meet to discuss EU reform and that the Foreign Secretary will raise the issue of Gibraltar, according to an announcement made by the head of the Spanish diplomacy.

However, some Gibraltarians have since called on Mr Hammond through social networking sites to cancel the meeting.

Mr García-Margallo had previously said he would only speak to the British government about the territory - but has been known to yell out "Gibraltar is Spanish".

Some 60 students are believed to enrol in Spanish courses each term at the Cervantes Institute in Gibraltar, according to the institute.

But one long-term student resident said today's young Gibraltarians do not pick up Spanish as quickly as previous generations.

"It’s because of their exposure to cable TV and internet, where they can find everything in English," they added.

"You’ll be talking llanito [Gibratarian Spanish] to someone and then their kid walks in and doesn’t understand."

Gibraltar was ceded to the British by Spain under the 1713 Treaty of Utrecht but Spain still claims sovereignty over the territory and surrounding waters. It has been an increasing source of diplomatic tension since the current Spanish government took office in 2011.