Chelsea Football Club said the three they have suspended could be banned for life from the London stadium should there be sufficient evidence of their involvement. 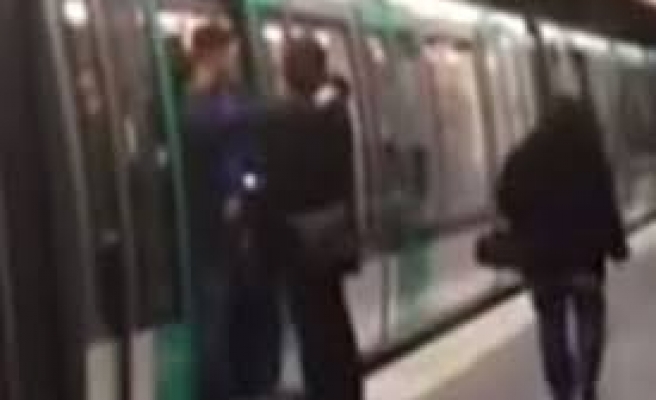 English Premier League soccer club Chelsea has suspended Thursday three of its fans suspected of being involved in the racist act against a black man in the Parisian subway ahead of the Champions League match at the Parc des Princes against Paris St Germain on Tuesday.

Chelsea Football Club said the three they have suspended could be banned for life from the stadium if there is sufficient evidence of their involvement.

"Chelsea Football Club is suspending three people from Stamford Bridge as a result of investigations into the incident on the Paris Metro on Tuesday evening,“read a statement on the club's website.

The club said it has received substantial information in response to their request for witnesses to come forward.

"We also continue to cooperate fully with the Metropolitan and Paris police forces who lead the ongoing criminal investigation," added the statement.

Earlier, the club condemned the act in a statement, saying it would ban any members or season-ticket holders who were found to have been involved in the incident.

The black passenger harassed and prevented from boarding Paris train by a group of fans of Chelsea has told a French newspaper his ordeal.

The 33-year-old Franco-Mauritanian, who gave his name as Souleymane S, told French daily Le Parisien in an interview published on Thursday that the fans, who were caught on video footage shouting racist slogans and barring him from boarding a carriage on the Paris metro two days earlier, should be caught and punished.

He said: "I don’t speak a word of English but I realized they had targeted me because of the color of my skin."

A video of the incident recorded by Metro passenger and British expatriate Paul Nolan was published by the UK daily The Guardian on Wednesday and went viral online.

Souleymane said: "I have lived with racism so what happened didn’t really surprise me, even if it was a first on the Metro."

Souleymane, who was born in Paris and grew up in the town of Val-d'Oise where he lives with his wife and three children, said that he lost his phone as the Chelsea fans were pushing him, and then took the next subway train and went home.

He said: "I didn’t speak about this story to anyone, neither my wife nor my children."

“What could I say to them? 'Your dad was pushed off the Metro because he was black'?"

Souleymane, who works as a chief operating officer in a company located near the Metro station where the incident took place, went on: "These people, these English fans must be found, punished and incarcerated. What happened should not go unpunished."

The Paris prosecutor's office has launched an investigation into the incident and said it would be cooperating with British police forces to identify those involved.

The Metropolitan Police in London said in a statement that they "took offences of this nature seriously no matter where they occur".

"We will examine the footage with a view to seeing if we can apply for football banning orders, preventing people from travelling to future matches," the statement read.

The president of the international governing body of football FIFA, Sepp Blatter, said on Twitter: "I also condemn the actions of a small group of Chelsea fans in Paris. There is no place for racism in football."

The European governing body of the sport UEFA also condemned the act in a statement.

Any fans found guilty of charges of racist conduct could receive a term of up to three-years in prison and a €45,000 fine.