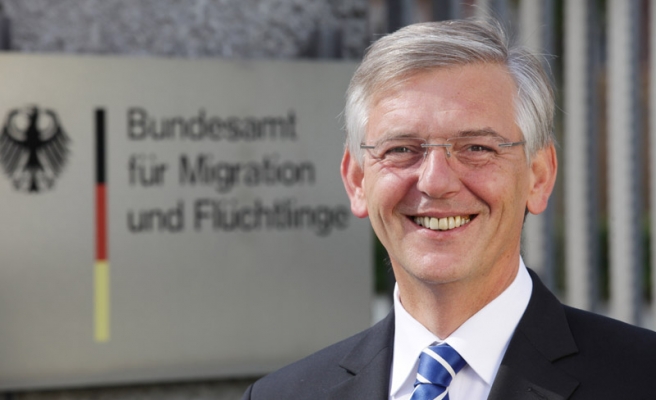 The head of Germany's Office for Migration and Refugees, Manfred Schmidt, has resigned amid a record influx of asylum-seekers, citing "personal reasons", the interior ministry said Thursday.

The office had repeatedly come in for criticism amid a huge backlog in handling a record wave of asylum requests as Europe faces its biggest migration crisis since World War II.

Interior Minister Thomas de Maiziere expressed regret at Schmidt's decision, saying he had "done an excellent job" and praising his "extraordinary commitment" in the post he had held since 2010.

To support the office, the government has increased staffing by several hundred, with plans to further boost personnel by seconding customs service staff and asking retired workers back to duty.

Europe's biggest economy has become the top destination for people fleeing wars and misery in Syria and elsewhere, and Berlin has effectively waived EU rules that compel migrants to seek asylum in the first member country they enter.

Germany may receive one million people seeking refugee status or political asylum this year, up from the 800,000 arrivals officially predicted so far, said Vice Chancellor Sigmar Gabriel on Monday.

The office in August struggled with a backlog of some 270,000 asylum requests, national news agency DPA reported, adding that the system was clogged up with applications from citizens of Balkan countries who had only slim chances of being granted asylum.