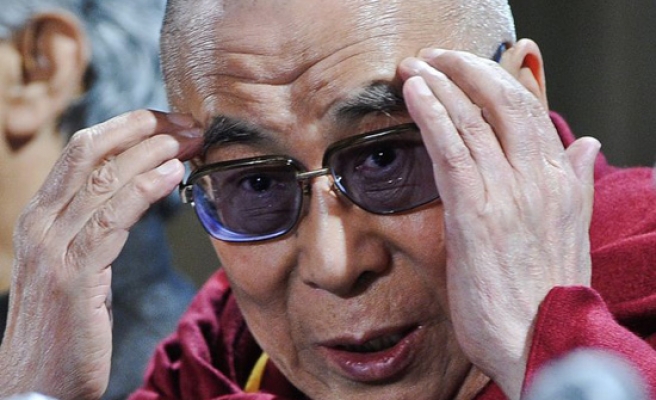 China said on Monday that it was "paying attention" to a decision by Norway's prime minister and foreign minister not to meet exiled Tibetan spiritual leader the Dalai Lama, which was worthy of approval if Norway was addressing past errors.

The Dalai Lama is scheduled to visit Norway from May 7 to May 9 at the invitation of civil groups in Oslo, in part to celebrate the 25th anniversary of his Nobel Peace Prize.

While the prime minister and foreign minister have not accepted invitations to meet him, the Dalai Lama is scheduled to be in parliament and meet some members, including those on a "Tibet Committee".

Norway, he said, "ought to conscientiously deal with China's core concerns and take real steps to correct their mistakes to create beneficial conditions to improving and developing relations.

"If you say that they made a mistake in the past, and can now change it, that is worth encouragement and approval."

China has at least twice condemned the visit, saying it was opposed to any country giving a platform to the Dalai Lama's views.

China calls the Dalai Lama a "wolf in sheep's clothing" who seeks to use violent methods to establish an independent Tibet.

The Dalai Lama, who fled to India after a failed uprising in 1959, maintains he only wants genuine autonomy for Tibet and denies advocating violence.

Norway's diplomatic relations with China have been frozen since 2010, when the Nobel Committee awarded the peace prize to Liu Xiaobo, a veteran of 1989 pro-democracy protests in Beijing which the government crushed.

What's next...?Tell bullied school children that they should suck up to the school yard bully so that he will be "nice" to them...?