Ni Zhaoxing hopes to recreate the 19th century palace that was the world's largest glass structure before it was destroyed in a fire in 1936. 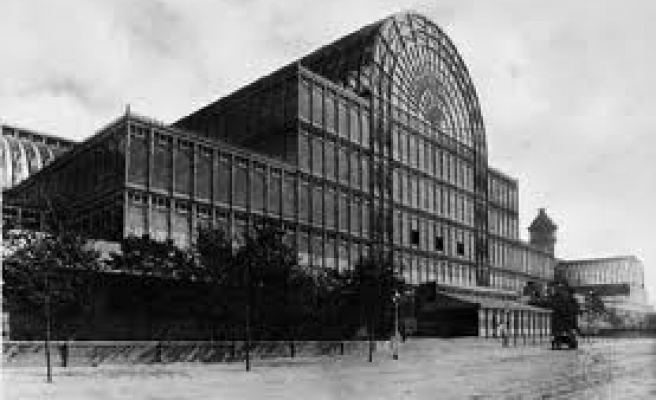 A Chinese billionaire said on Thursday he planned to spend 500 million pounds ($810 million) rebuilding London's Crystal Palace, a huge glass and steel building that captivated the world before it burned down almost eight decades ago.

Ni Zhaoxing, chairman of the ZhongRong Group real estate investment firm, hopes to recreate the 19th century palace that was the world's largest glass structure before it was destroyed in a fire in 1936 that could be seen across London.

The original Crystal Palace was designed by Joseph Paxton to host the 1851 Great Exhibition, held when Britain sought to awe other nations with spoils from its empire and the wonders of industrialisation.

Originally located in Hyde Park, it was moved to south London in 1854, and Ni now wants to build a replica there to the original dimensions of about 500 metres (1,640 ft) long and 50 metres high.

"This is going to recreate a 21st century version of the palace," London Mayor Boris Johnson told reporters. "This isn't an act of nostalgia. It is looking forward and it is about adorning our city with a world-class structure."

The 180-acre park, where the palace once stood and includes the original terraced steps, is currently home to an amphitheatre that once hosted reggae singer Bob Marley, a national sports centre and a collection of giant dinosaur sculptures, which also date from the 1850s.

If the proposal goes through, it would be another example of China's growing appetite for investments in Britain. A Chinese firm signed a deal this year to convert London's Royal Albert Docks into the city's third financial district.

"London is renowned across the world for its history and culture," said Ni, who says he was tied to Britain through his English-educated daughters and love of British art.

"This project is a-once-in-a-lifetime opportunity to bring its spirit back to life by recreating the Crystal Palace and restoring the park to its former glory," he said.

The Chinese company, which says the project would create 2,000 jobs, is seeking to profit from its investment by drawing tourists and using the area to host international exhibitions.

Residents of the surrounding area have rebuffed numerous development efforts in the past, including proposals to build a cinema, a new sports centre and housing developments.

"It's being dressed up as a heritage project but there's not enough details, and the devil's in the details," said Amanda Sciberras, head of the Crystal Palace Residents' Association, who said the proposal appeared to be a commercial venture rather than a cultural one.

We who live in this part of London DO NOT want the Crystal Palace rebuilt. The site of the former palace is now a beautiful park, and has been for 80 years. So could this Chinese businessman who has nothing to do with our community, or even our country, please just bugger off and leave us alone.

I am a local resident, and member of a local community online forum. In this forum the plans to rebuild the palace have been discussed extensive. And the vast majority of people have the same opinion on it, they welcome the plans and are very pleased with them. (which is unusual for a forum of this kind!)