The Christian Social Union's proposal to force all immigrants to speak German does not belong to the German governments programme, says Merke's spokesman. 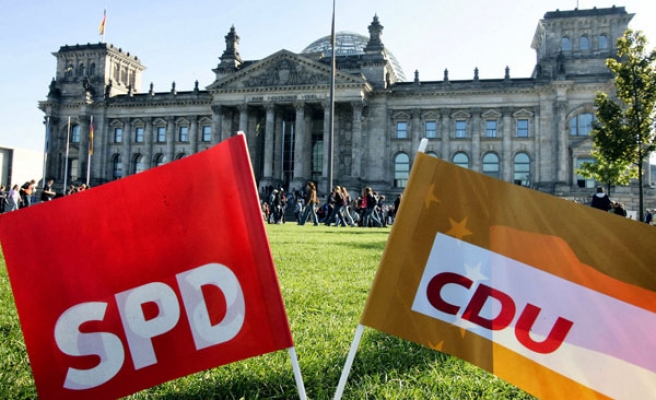 World Bulletin/News Desk
The Christian Social Union's proposal to oblige immigrants to speak German at home does not belong to the German government's program, the German chancellor’s spokesman said.

The comments by Steffen Seibert on Monday came after a proposal by Angela Merkel's coalition partner that immigrants "speak German at home."

The party had prepared a "base bid proposal" for the party congress on November 12, saying that a society could only communicate if it was speaking the same language.

"For this reason, the immigrants should speak German in official places and at home," the party proposed.

Seibert said that the acquisition of the German language was beneficial to the youth for living, working and learning together.

However, Seibert added, the Christian Social Union‘s proposal did not “belong to the plans of German government's coalition agreement."

The Bavarian-based party, known for its anti-immigrant stance, will debate it at the party congress Friday.

The proposal of the party has been derided as "nonsense" by spokesmen of Social Democrats and the Greens.

According to a study by the Friedrich Ebert Foundation aimed at promoting democracy and political education, 18.2 percent of Germans expressed support for the prohibition of immigration of Muslims to Germany.

The research on 1,915 citizens aged between 16 and 95 was conducted between June and September.