More than two decades after the Church allowed women to become priests, 48-year-old Libby Lane will be consecrated as Bishop of Stockport. 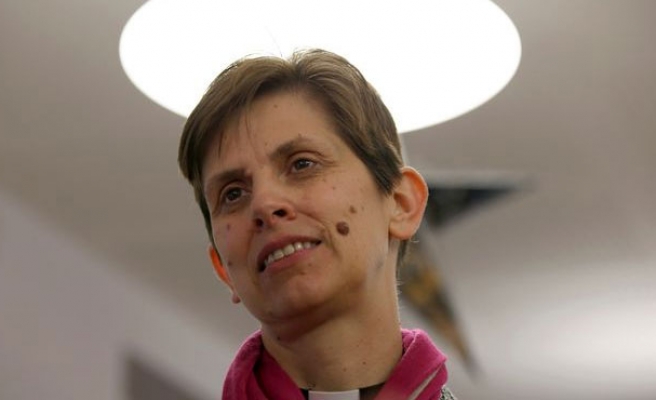 The Church of England will consecrate its first woman bishop on Monday, the culmination of years of efforts by Church modernisers to overcome resolute opposition from traditionalists.

More than two decades after the Church allowed women to become priests, 48-year-old mother-of-two the Reverend Libby Lane will be consecrated as Bishop of Stockport in a ceremony at York Minster, a Gothic cathedral in northern England.

"If my appointment encourages a single young woman to lift her eyes up a bit and to realise that she has capacity and potential and that her environment or those around her don't need to dictate what is possible for her, then I'd be really honoured" Lane said in an interview published by the Church.

During the consecration, which will be led by Archbishop of York John Sentamu, other bishops will ceremonially lay their hands on Lane and pray.

Her appointment, announced in December, has been hailed as a step forward for gender equality by Archbishop of Canterbury Justin Welby, spiritual head of the Church, and by many others including Prime Minister David Cameron.

However, the Church remains divided over the move. Modernisers say it is fair to women and can help rejuvenate the Church after years of declining congregations, but a conservative minority say the Bible demands male leadership.

The worldwide Anglican community has been deeply split over the issue of women clergy. Women already serve as bishops in the United States, Canada, Australia and New Zealand, but Anglican churches in many developing countries, particularly in Africa, do not ordain women as priests.

After years of debate, an attempt by the Church of England to bring in women bishops failed in 2012 when it was narrowly defeated by traditionalist lay members in a vote in the General Synod, the Church's governing body.

After that setback, the Church came up with new proposals which gained wider acceptance and were approved by the Synod last year.

The plan includes the appointment of an independent official who could intervene if traditionalist parishes complain about a woman bishop's authority, as well as guidelines for parishes whose congregations reject women's ministry.

Women have served as priests in the Church of England since 1994. Some 470 male priests left in protest when that change was implemented, many for the Roman Catholic Church.

Part of that first generation, Lane was ordained a priest in 1994. She has been vicar of a church in the outskirts of Manchester since 2007, as well as Dean of Women in Ministry in the diocese of Chester.