Only around 100 Meskhetian Turks still remain in Slaviansk, which was reclaimed by Ukrainian forces from separatists on Saturday. 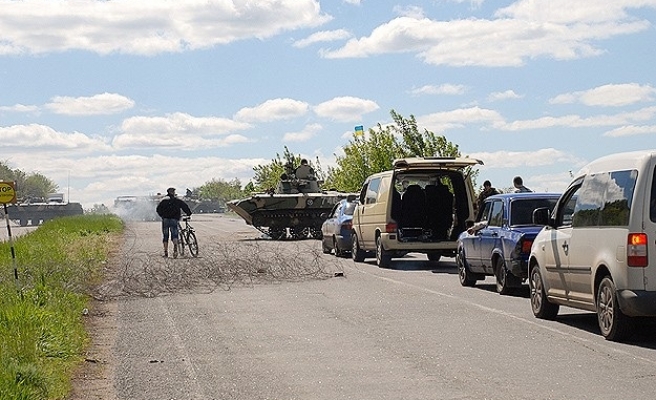 Around 2,000 Meskhetian Turks have been forced to flee from their homes in Ukraine since May amid fighting between government forces and pro-Russian separatists.

Meskhetian Turkish community representative in the eastern city of Donetsk, Nebican Basatov, said that those who have fled have sought refuge in Russia, Azerbaijan, Turkey and different parts of Ukraine.

Basatov said thar around 100 Meskhetian Turks still remain in Slaviansk, which was reclaimed by Ukrainian forces from separatists on Saturday. Those who remain also happen to be all men, as women and children have been sent to safety. He also said about 20 homes belonging to community members had been damaged or destroyed in the fighting.

"The clashes in Slaviansk have made life for the Meskhetian Turks, who were already in a dire economic situation, even worse. Many have been made homeless," Basatov explained.

Meskhetian Turks are originally from a part of southern Georgia close to Turkey's border.

Expelled by Joseph Stalin from their homeland in 1944, they faced discrimination and human rights abuses before and after deportation. Those who migrated to Ukraine in 1990 settled in shanty towns inhabited by seasonal workers.