'If Europe's borders are closed again, this would put even more pressure on Europe's already weak growth' 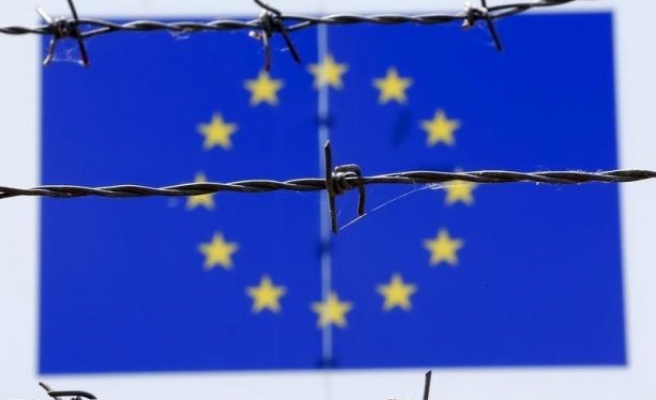 The impact on trade flows would also cost major trade partners the United States and China tens of billions of euros each, said the study by the Prognos institute on behalf of the Bertelsmann Foundation.

The study was published as several European countries have reintroduced provisional border controls to stem a mass influx of refugees, the greatest wave of people seeking asylum since World War II.

"If Europe's borders are closed again, this would put even more pressure on Europe's already weak growth," said Aart De Geus, chairman of the Bertelsmann Foundation. "In the end it's the people who would pay the bill."

Longer delays at borders would force up warehouse storage and personnel costs for companies as just-in-time deliveries and reliably speedy goods flows could no longer be assured, the study said.

Under an "optimistic" scenario, production costs in the EU would rise by one percent, driving down gross domestic product (GDP) for the EU by 470 billion euros from 2016 to 2025, it said.

The downturn in trade and rising prices would cost the US economy 91 billion euros over 10 years, and China 95 billion euros by driving up import prices under this scenario, it said.

Under a "pessimistic" scenario, production costs would rise by an average of three percent. This would result in extra costs to the EU of 1.4 trillion euros, including of 235 billion euros for Germany and 244 billion for France, said the study.

The Schengen area allows passport-free travel through 26 countries, most of them in the EU, and is considered as one of the major European achievements on unity.