Condolences pour in for Russian plane crash in Egypt 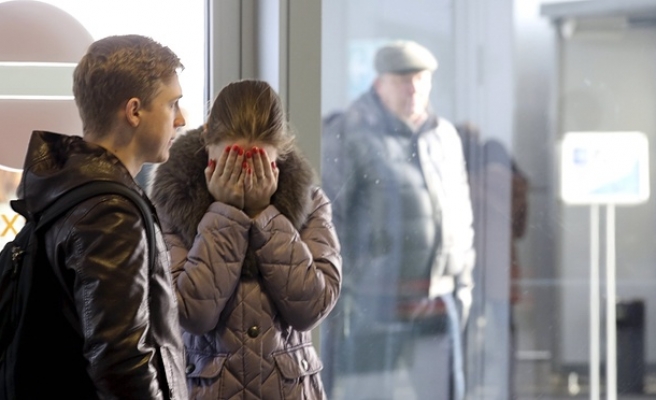 Condolences have poured in from many world leaders following the crash Saturday morning of a Russian passenger plane in Egypt's Sinai Peninsula.

In a statement, Egyptian President Abdel-Fattah al-Sisi offered condolences to the Russian authorities and the families of the victims.

Sisi said the Egyptian authorities were working to determine the exact causes of the crash.

"We don't know any details about it, but obviously the initial reports represent a tremendous tragedy [and] loss, and we extend our condolences to the families and all those concerned,'' Kerry said during a visit to Kyrgyzstan.

The Russian embassy in Cairo, meanwhile, has said there was no information about possible survivors.

Russian President Vladimir Putin has declared a day of mourning for the victims of the crash.

He has also ordered Russian officials to coordinate with their Egyptian counterparts to organize the dispatch of Russian planes to Egypt carrying rescue workers and investigators able to work at the crash site.

An Egyptian security source has ruled out that the Russian plane was shot down, attributing the deadly crash to a technical malfunction.

Egyptian officials say the pilot of the Russian plane had reported technical difficulties and wanted to make an emergency landing before losing contact with air-traffic controllers.

The Russian Transport Ministry, for its part, said the plane had been cleared for takeoff and that no technical irregularities had been found prior to its departure.

Saturday's crash is expected to put more pressure on Egypt's tourism industry, which has been suffering since a popular uprising unseated autocratic President Hosni Mubarak in 2011.

According to Egypt’s official statistics agency, nearly 1.6 million Russians visited Egypt in the period from January until July of this year.