Conference on Somalia opens in Brussels 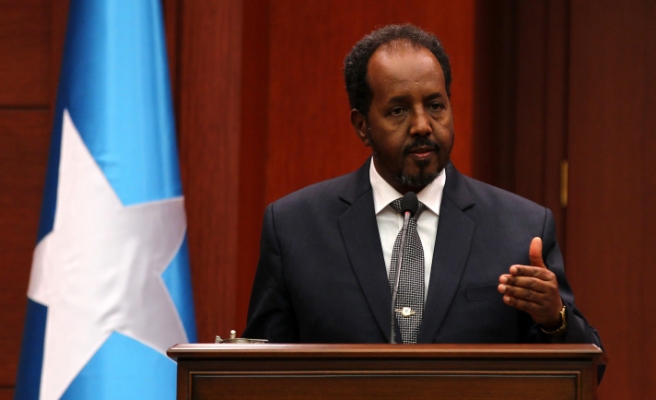 The conference will be co-hosted by Somali President Hassan Sheikh Mohamud High Representative of the Union for Foreign Affairs and Security Policy Catherine Ashton.

Representatives of more than 200 countries and organizations are attending the meeting, including the European Union, United National and African Union.

The European Union pledged an additional 650 million euros ($862 million) in aid for Somalia on Monday to back a three-year reconstruction plan aimed at building on fragile security gains in the country.

European Commission President Jose Manuel Barroso made the pledge as Somalia's government and international donors met in Brussels to sign up to a plan designed to bolster security and build an inclusive political system.

EU officials hope international donors at Monday's meeting will pledge more than a billion euros in total to back the plan.

"Today I am proud to pledge an additional 650 million euros to support this new phase in the life of Somalia," Barroso told reporters, saying this was on top of 1.2 billion euros provided by the EU since 2008.

Somalia plunged into two decades of civil war and lawlessness after the overthrow of President Siad Barre in 1991.

But donors have seen signs of stabilisation since the African Union's peacekeeping troops helped drive al Shabaab rebels out of Mogadishu and many other strongholds in central and southern Somalia.