The National Liberation Front of Corsica said in a statement that it has "unilaterally decided to begin a process of demilitarisation... without any preconditions". 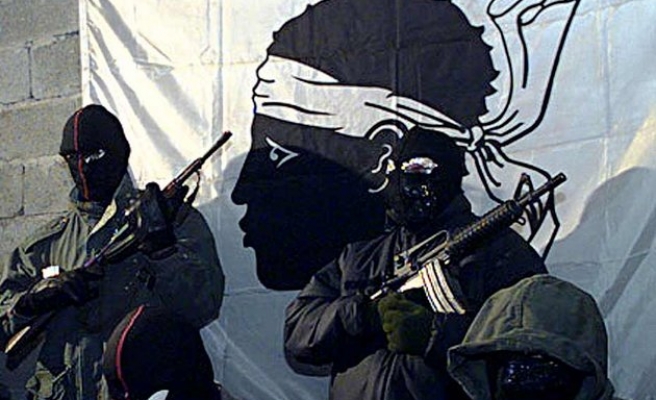 Corsica's main separatist group FLNC, which has staged attacks since the 1970s in its quest for the island's independence from France, made a surprise move on Wednesday when it announced it would lay down arms.

A suprise move on was made on Wednesday by the Corsica's main militant group FLNC, which has staged attacks since the 1970s in its quest for the island's separation from France, when it announced it would lay down arms.

The National Liberation Front of Corsica said in a statement that it has "unilaterally decided to begin a process of demilitarisation... without any preconditions".

It said that its members would no longer claim responsibility "for any military action on Corsican and French territory".

The statement also called on politicians to "trace the outlines of a political solution" and "negotiate a new status with the French state and resolve the question of prisoners."

Hundreds of attacks in Corsica was staged by the FLNC, which was set up in 1976, and various other factions intent on self-rule. They have also been blamed for armed robberies and extortion through so-called revolutionary taxes.

The French Mediterranean island of 310,000 people is popular with tourists for its spectacular beauty, but it has also been hit by a serious crime wave.

The region’s top lawyer Antoine Sollacaro, 63, and the head of the Chamber of Commerce and Industry for South Corsica Jacques Nacer, 59, were both gunned down in public in 2012.

Organised crime, with rival gangs engaged in turf wars to control everything from drug trafficking to gambling and prostitution have been the reasons for all of Corsica’s murders.

Local officials have come under intense pressure every time they are asked to grant planning permission for new homes or developments because of hardened criminals becoming property speculators. Corruption is never far away with so much money at stake and officials living in fear.

After the shocking death of the lawyer Sollacaro, France’s then Prime Minister Jean-Marc Ayrault vowed to take the necessary steps to halt the spiral of violence.

Former PM announced that funds would be given to bolster specialist investigative resources on the island, which would be geared to fighting against money laundering, especially in the real estate sector.

Paul Giacobbi, the island's top lawmaker, welcomed the government’s efforts to solve the violence, he said the measures did not go far enough.

“We need to have one man or one woman in charge of fighting crime in Corsica,” Giacobbi told The Local. “In Marseille they decided to appoint a Prefect of police but in Corsica they said it would not be useful. This is completely stupid. The number of murders per population is four times higher in Corsica than in Marseille.

“We need to concentrate the power in the hands of a reliable and trustworthy person. It’s very important to have someone with a strong personality, who will have a natural authority over both the police and the gendarmerie.”

“This person needs to be specialized and experienced in the fight against mafia.