Council of Europe concerned over 'intolerance' in France

Commissioner for Human Rights warns of decrease in tolerance and rise in verbal assaults since January in France. 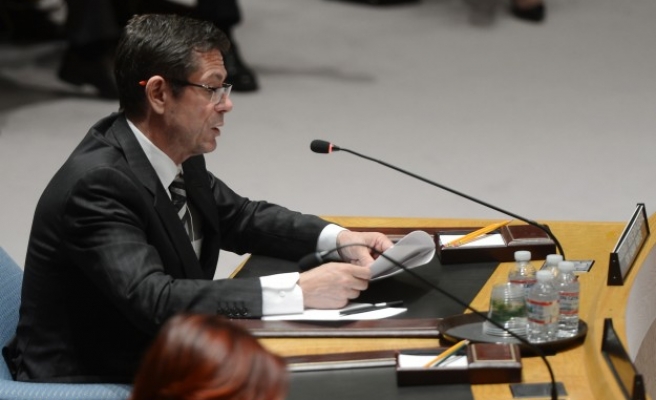 World Bulletin / News Desk
The Council of Europe's Commissioner for Human Rights has expressed concern over the increase of intolerance in France during 2014 and blamed the country for not taking its share of Syrian refugees.

Commissioner Nils Muiznieks' comments came as he presented a 52-page report on France at a press conference in Paris on Tuesday.

Muiznieks said: "The council is concerned about the decrease of tolerance and the increase of verbal assaults and hateful and discriminatory acts recorded in France."

He said it was "urgent" for France to "better address sustained and systematic racist and hate speech and acts".

Such speeches and acts were "not only persisting, but are rising despite legislative developments and measures to fight against intolerance and racism" warned the commissioner of the council - an independent body which aims to improve cooperation between European countries.

Although the commissioner did not refer to the attacks in Paris in January on the offices of satirical magazine Charlie Hebdo and a Jewish kosher supermarket in which 17 people died, he told French daily Le Monde that what France had been living through since January was a result of "a disturbing breakdown of social cohesion and the principle of equality".

"If anti-Semitism and Islamophobia are very serious in all countries, they are even more so in France because Jews and Muslims are widely represented," he added.

The Commissioner also pointed out that France was not taking its share of Syrian refugees, urging the country to maintain its commitment of taking in at least 500 of the two million who have fled the four-year conflict in the country.

He also said he was "very concerned" about the plight of thousands of migrants stationed in Calais, northern France.

He urged the authorities to "improve the living conditions of migrants and provide better protection from violent xenophobic attacks".