A two day cease-fire countdown has begun in Ukraine's Donbas region, prior to a planned withdrawal of weapons smaller than 100mm calibre takes place 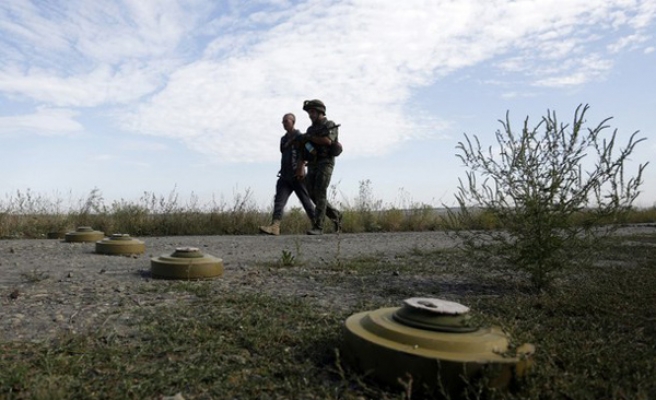 Ukrainian Armed Forces General Staff spokesman Vladyslav Selezniov told reporters in the Ukrainian capital Kiev that the 48-hour countdown began Thursday at midnight (2100 GMT) but warned that a new countdown would be launched if a cease-fire violation was registered.

On September 29, the trilateral contact group involving Ukraine, Russia and Organization for Security and Co-operation in Europe signed an agreement in the Belarusian capital Minsk, agreeing to withdraw the under 100 mm caliber weapons from the contact line in Donbas. The agreement was approved on September 30 also by leaders of the self-proclaimed Donetsk and Luhansk People’s republics.

Meanwhile, Ukrainian Defense Minister Stepan Poltorak said that the Ukrainian army must be ready for any situation.

“Ukraine strictly observes the requirements of the Minsk agreements and is ready to continue activities,” Poltorak said Thursday in Kiev.

The minister doubted that the Russian Federation would refuse its aggressive actions in Ukraine, Ukrainian Defense Ministry’s website said. “We must use the available time for enhancement of our military combat readiness of units and formations, armament recovery, enhancement of personnel training, etc,” he said.