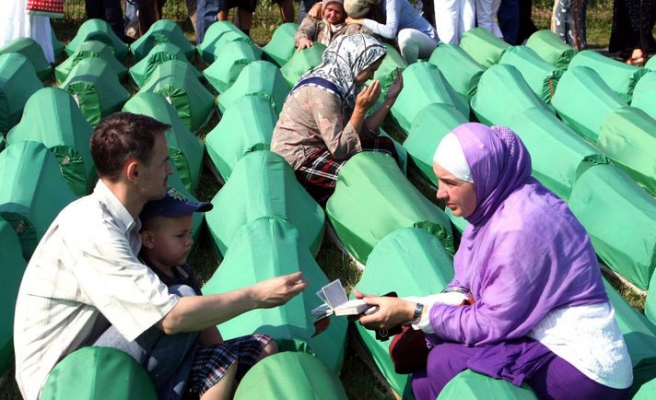 A Dutch court has ruled that the Netherlands was liable for the 1995 massacre of 300 Bosniaks (Bosnian Muslim) men and boys in Srebrenica.

The court ruled that Dutch peacekeepers failed to protect the Bosniaks in the town from falling prey to the Bosnian Serb army, which later slaughtered more than 7,000 civilians after the Dutch handed them over.

Dutch forces were condemned for not being aware of the potential for genocide while handing the town over and demanded the government pay compensation to the families of the 300 victims.

"At the moment that the men were sent away, Dutchbat knew or should have known that the genocide was taking place and therefore there was a serious risk that those men would be killed," said judge Peter Blok.

However, the "Mothers of Srebrenica", an organization of women who lost loved ones during the massacre, were heartbroken over the fact that the Netherlands was only found partly responsible for the death of 300 victims rather than the more than 7,000 who died.

This means that most of the women and relatives of the victims will not be entitled to any compensation from the Dutch government.

The verdict comes in the same week the relatives of those lost commemorated the 19th anniversary of what is considered to be the worst massacre in Europe since World War II.

The ruling could set a precedent with implications for future peacekeeping deployments by the Netherlands or other countries.

During the Bosnian war, the Dutch battalion Dutchbat had been deployed to protect Srebrenica, which had been designated a safe haven by the United Nations, but surrendered to the much larger Bosnian Serb army commanded by Ratko Mladic, who is on trial for war crimes at an international court in The Hague.

The failure of Dutch soldiers to protect the Muslim men and boys of Srebrenica has left a deep scar in Dutch politics, contributing to the resignation of the Dutch government in 2002.

The three-year Bosnian war, in which at least 100,000 people were killed, was the bloodiest of a series of conflicts that accompanied the break-up of Yugoslavia in the 1990s.