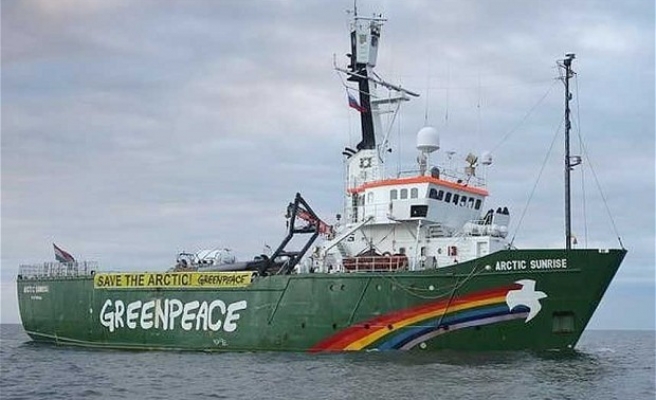 A court in the Netherlands has ordered Russia to pay compensation for seizing the Greenpeace ship Arctic Sunrise during a protest against an offshore oil platform two years ago, a ruling which Moscow dismissed as lacking legal authority.

The Permanent Court of Arbitration, which resolves disputes between states, said the decision was taken unanimously on Aug. 14, but it was not published until late Monday.

It found that by arresting and seizing the Arctic Sunrise and its crew of 30, without the consent of the Netherlands, Russia had breached its legal obligations.

The case has added to already strained diplomatic relations between Russia and the Netherlands, which came to a head over the July 17, 2014 downing of Malaysia Airlines flight MH17 over eastern Ukraine.

In the Arctic Sunrise case, the Netherlands is entitled to compensation with interest for costs and damages, the court found. The amount was to be set at another hearing.

A spokeswoman for Russian Foreign Ministry said in a statement that Moscow did not recognize the court's authority, adding that the ruling "in effect, encourages non-peaceful protesting activity in the sea".

The Arctic Sunrise was seized in 2013. Russia's treatment of the activists from 18 countries - who spent two months in detention - drew criticism from Western nations and added to already strained diplomatic relations with the Netherlands.

Criminal charges were dropped against the activists under an amnesty proposed by Russian President Vladimir Putin and they were released along with the ship.