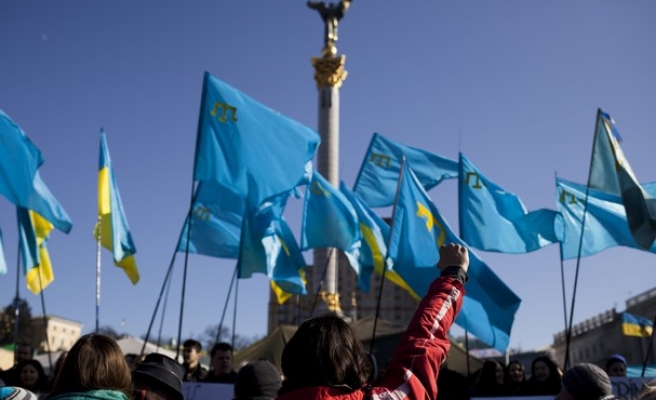 Chairman of the Crimean Tatars' Mejlis Refat Chubarov Thursday announced the day of the blockade of the Russia-annexed Crimean peninsula, which would be September 20.

According to Chubarov, at 12:00 on September 20, all roads leading to Crimea will be blocked in order to prevent transportation of goods to the occupied territory.

Private vehicles and public transportation are not to be affected by the blockade.

"Our campaign will be of long-term nature," Crimean Tatar leader said.

He also noted the need to abolish the law on free economic zone with Crimea.

The move is supported by Ukrainian president Poroshenko as well as Crimean Tatars from both mainland Ukraine and the occupied peninsula.