The Crimean parliament is to hold an extraordinary meeting on Wednesday in which the subject of independence may be discussed. 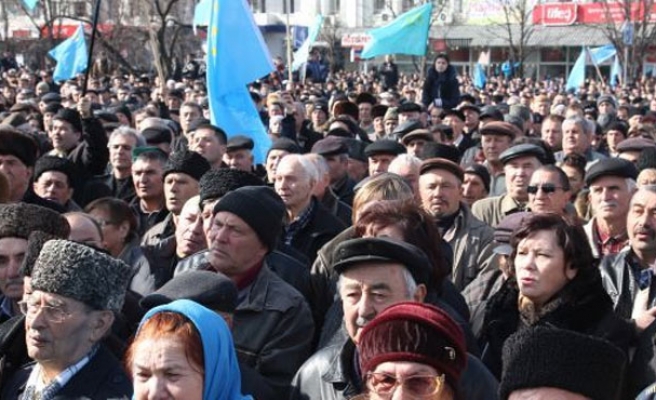 The parliament of the Autonomous Republic of Crimea will meet for an extraordinary session on Wednesday after the legislature's speaker Vladimir Konstantinov said independence from Ukraine may be discussed, according to an official statement.

The parliament will discuss the political situation in Crimea, according to the statement.

Tension came a few days after Konstantinov said Crimea could part from Ukraine if the instability in the country continues, while he was holding talks in Russia.

A group of 300 pro-Russia demonstrators gathered in front of the local parliament on Tuesday, demanding Ukraine's government be declared illegal, a return to 1992 Crimea Constitution and a referendum over Crimea's status.

The majority of people in Crimea are ethnic Russians who generally support the ousted pro-Russian president of Ukraine Yanukovich.

At the same time, a group of nearly 200 Crimean Tatars, who have supported Ukraine's opposition since the beginning of crisis, staged a counter-demonstration.

The Crimean Tatars, a native Turkic community in the Crimea peninsulai said they would respond to all moves to part Crimea from Ukraine and attach it to Russia.

Having already lived the trauma's of the Russian-Ottoman wars for control over the region, which started in the mid-18th century and lasted till the late-19th century, Crimean Tatars are now worried what the future will bring for them if Ukraine is divided.

Speaking to World Bulletin on Tuesday, Crimean Tatar Parliament representative in Turkey, Zafer Karatay, said that Russian forces could use the political crisis in Ukraine to encourage Crimea to split from Ukraine so that Russia can enforce its control over the peninsula.

Meanwhile, Leonid Slutsky, head of the Commonwealth of Independent States (CIS) visited the capital Simferopol of the Crimea with a delegation on Tuesday.

Slutsky said they supported Ukraine's territorial integrity but if Crimea's people wanted a referendum or Crimean Parliament had a demand to be tied to Russia, Russia can make a decision.

Igor Morozov, a member of the International Affairs Committee of the Federation Council of Russia, said a Russian delegation will visit Crimea and would put forward Russia's serious stance in regard to protecting its nationals.

"Many Russian nationals in Crimea that believes in Russia's assistance voice concern over the incidents in Ukraine," he said.