Crimea - Russia bridge is on hold

Russian bridge extending to Crimea has no go ahead. 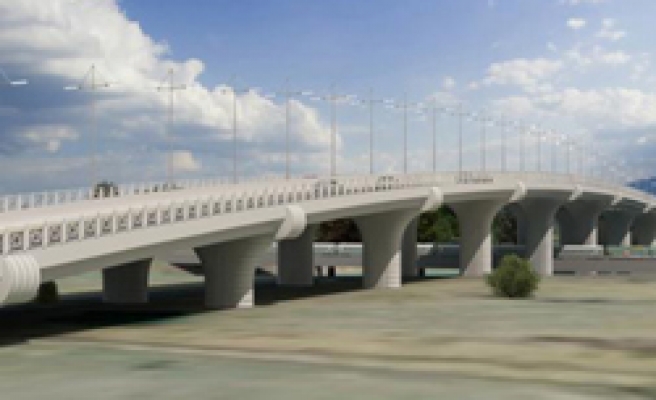 Russian businessman Gennadiy Timchenko has announced that his company will not be participating in the project to construct a bridge across the Kerch straits which would connect the recently-annexed territory of Crimea to the Russian mainland.

"This is a very difficult project," Timchenko said.

"I'm not sure we can handle it. We don't want to take on the risk to our reputation. The cost of the project is unclear. Nobody understands the geology there, and we do not understand either. Therefore it is a very risky topic. I'm afraid to take on this task and not master it."

Earlier, sources from Stroytransgaz, a company controlled by Timchenko through his Volga investment group, had spoke about the company's refusal to participate in the construction project after a "thorough analysis of all the risks involved with the project."

These statements did not receive official confirmation at the time, however. Timchenko's representative had refused to comment on the topic "before the state's official announcement of its decision for the general contractor of the state."

The Russian government has to the end of this year to choose a single contractor to construct a bridge across the Kerch straits for 228 billion rubles. The bridge will be 19 kilometers in length and it is planned to be completed by 2018.  The project will also include the construction of surrounding rail and automobile infrastructure to serve the crossing.

Since the annexation of the Crimean peninsula by Russia in March this year, access to the region from Russia has been limited to air and ferry boat from the Russian port of Kavkaz. Russian tourists arriving in Kavkaz face long lines while waiting to board ferries bound for the Crimea, particularly if they wish to bring their vehicles.

The annexation has also cut the peninsula off from the Ukrainian power grid and water supply, another problem the Russian government currently faces as it attempts to integrate the region as a "federal subject."