Crimean Tatar Flag Day marked all over the world 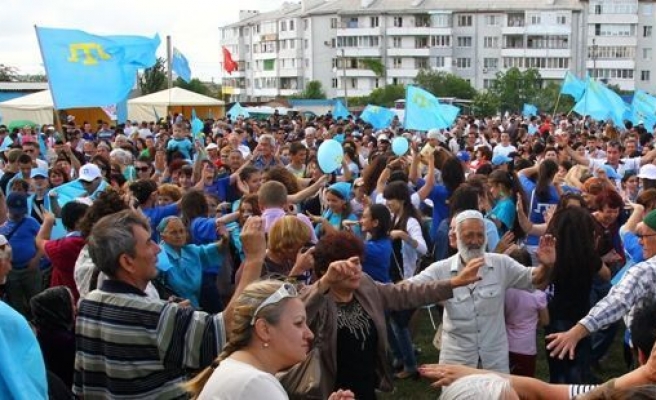 On June 26th Crimean Tatar flag day was marked all over the world, with Tatars in Crimea, Ukraine, Turkey, Georgia and the United States holding mass events.

200 activists, who laid out a Crimean Tatar flag that was 16 meters in length came together in the event held in the Crimean city of Kerch.

Crimean Tatar, Turkish, Azerbaijan and Turkmenistan flags were hung during a march arranged by activists in the Turkish city of Eskishehir.