If it is neccessary to remind people of Europe how valuable peace is, then real peace fighters' spirits should be strengthened, exiled from their countries, imprisoned, tortured, persecuted, by awarding their symbol-leader, Mustafa Dzhemilev 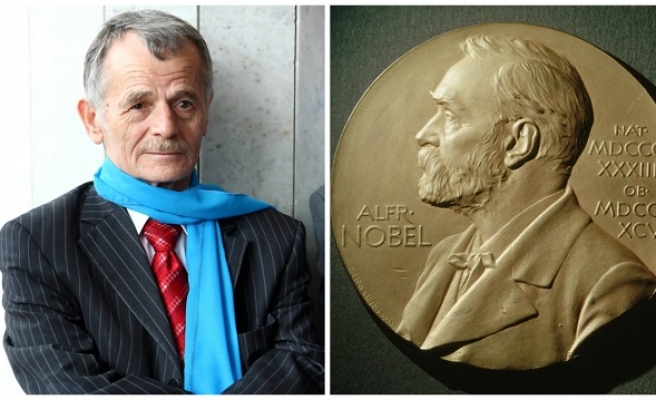 The ongoing conflict between Ukraine and Russian troops has lost its importance in the eyes of the media it seems, as Russian intervention in Syria occupy the news media. But the deadly mistake lies in this: Invasion of Georgia, Unlawful Annexation of Crimea, War in Donbass and Intervention in Syria are not seperate “events”, but components, steps of a wide, deep strategy which some scholars call “Neo-sovietism” or “Putinism”. Each step towards the main goal of Neo-soviet agenda, Russian dominance over the “old world”, is taken firmly and nowadays at a quick pace by Putin, while rest of the world watches and reacts with naive, inefficient methods.

As it always has been, “Russia” is implementing an aggressive and expansionist strategy and taking advantage of weaknesses and inter-conflicts of the “free world”. Invasion of Georgia was the first of the horsemen of the Apocalypse, followed by the Red, Black and Pale. Now the Pale horseman is wreaking havoc in Syria, pale it is because it feigns “intervention against the terrorism”, although bombing ethnic Turkmen villages and destroying Syrian opposition strongholds.

There was a man who has always been fighting against this “anti-human” evil, a man short in stature, old with years of struggle upon his shoulders, yet standing like a mountain, a stonewall before the hellish invasion. Mustafa Dzhemilev, “Kırımoğlu” (Son of Crimea) by the honorary surname bestowed upon him by his people. He was fighting against the Soviet oppression and urging the free world during the cold war, he was collaborating with fellow Ukrainians to create a firm, integrated and independent Ukraine during the post-war era and now fighting against the same demon in different camouflage for the freedom of his people: Crimean Tatars. Now the free world seems to have abandoned him, forgetting the Crimea is the outpost for the free world.

Besides being a “freedom fighter”, he was also a “bastion of peace”, as he never advocated means of violance, never harmed anyone innocent, never participated in violent actions, preferring being subject to the violence, than being the perpetrator. His famous words mark his attitude: “Struggle for freedom is not victorious if even one innocent human is harmed in the course.”

If Nelson Mandela once thought ANC “had no alternative to armed and violent resistance” and participated in, eventually received Nobel Peace Prize, why not Dzhemilev? He is the one behind perhaps the only example of peaceful coexistence between two large ethnic groups in post-Soviet era, thanks to his efforts, Crimean Tatars and ethnic Ukrainians managed to coexist in harmony and peace. He is well respected and as far as I know was proposed as a candiate for Nobel by Ukrainian, Polish, Hungarian and Turkish authorities several times.

What did Al Gore do for World’s Peace, really? Why European Union, as a juridical person, should be awarded by Nobel Peace Prize? If it is neccessary to remind people of Europe how valuable the peace is, then the Free World should strengthen the spirits of real “peace fighters”, exiled from their countries, imprisoned, tortured, persecuted, by awarding their symbol-leader, Mustafa Dzhemilev.