Crimean Tatar leader Jemilev is not allowed to visit his son

Crimean Tatar leader Jemilev is not allowed to visit his son Hayser. 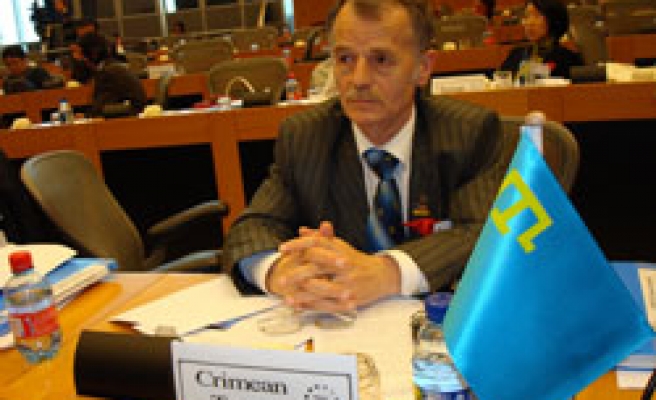 Head of Mejlis of Crimean Tatar people Mustafa Jemilev is not allowed to visit his son Hayser, who is undergoing psychiatric examination in Kiev, Jemilev said this in an interview to Segodnya newspaper.

As reported earlier, Court extended detention for Hayser Jemilev for another 60 days.

“The investigating officer does not allow relatives to visit the detained. This causes genuine surprise of our lawyer, because he hasn’t had such problems with the other clients before. It was also surprising for him that the investigating authorities classify the case as ‘intended murder’ without having a base. But I, as a politician am not surprised,” said Mustafa Jemilev.

He also told in an interview that it is very hard on him to live through the tragedy with his son.

“My foes can gloat, but it is very hard on me (the tragedy with the son-Ed.). Just like any farther, whose sick son is in prison. It is probably even harder for my wife and wife of my son. A significant part of my youth was spent in prisons and labor camps with much more severe conditions than in prisons nowadays. But if my son was healthy, I would have worried less for him. It is also depressing that a long-time friend of our family who had close friendship with my son is not alive anymore. He was almost a member of our family; when leaving the house we left our keys to him. Given the strained relations between Mejlis and authorities I was psychologically ready for any dirty tricks, but didn’t expect such a hit in the back”, notes Jemilev.