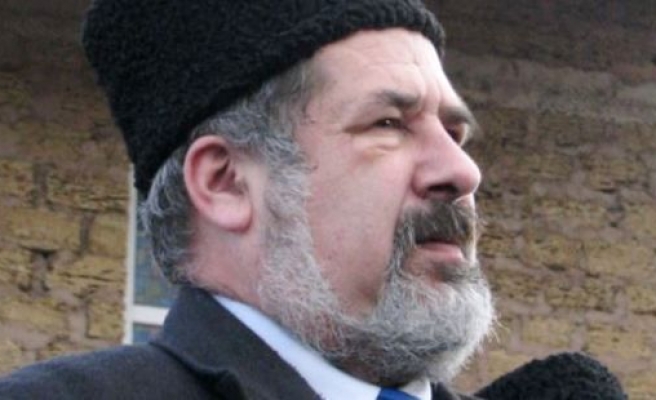 Crimean Tatar leader Refat Chubarov was deported from his native village in 1944 for voicing his support for the rights of the Crimean Tatars.

But this has not stopped him from fighting for the rights of his people in the Muslim and Turkic ethnic group, and he has now joined several other human rights advocates in calling on the European Union to help them in their struggle against violations of the rights of ethnic minorities on the Crimean peninsula.

Chubarov told MEPs at the European Parliament in Brussels on Tuesday: ''There are more than 285,000 Crimean Tatars, which is 14 percent of the whole population in Crimea.

''People are being kidnapped, they are killed on racial, ethnic, religious grounds."

The Crimean Peninsula. located on the northern coast of the Black Sea. was annexed by Russia in March – a move condemned by leaders from both the EU and NATO.

Pro-Russian separatists control large parts of eastern Ukraine, including Crimea, in which a referendum was held in March, which led to Russia absorbing the peninsula.

About half of the population in Crimea is ethnic Russian.

''Now they are under threat they are a target of revenge by the occupying administration,'' he said.

The referendum was condemned by Western leaders as ''illegal'' and was followed by rising tensions and violence between Ukrainian forces and pro-Russian rebels in eastern Ukraine.

''Children will be used as human shields [by pro-Russian separatists] when Ukrainian authorities try to evacuate them,'' she claimed.

Lutkovska said 61 orphans who were with 12 social workers were forced to move to Russia in July.

In August, eight disabled children aged from eight months to two years were kidnapped from a hospital and trafficked without any documents or medical assistance to Russia, she said.

Roman Martinovsky, a human rights lawyer who was forced to leave Sevastopol in the Crimea, asked the EU for help to preserve civil society on the peninsula.

He said: ''Activists are leaving, some people are going underground. It is difficult to find a defense lawyer - there are only three to four prepared to take on cases.''