Parties discuss de-occupation of Crimea, extension of sanctions against Russia, and release of Crimean political prisoners 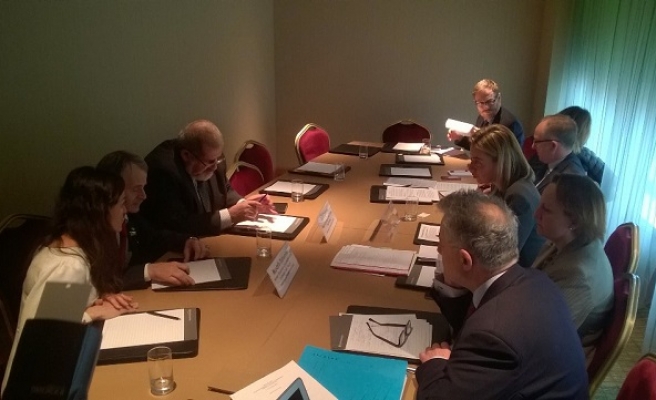 National leader of Crimean Tatars Mustafa Dzhemilev along with the chairman of the Mejlis of the Crimean Tatar People Refat Chubarov have met with the EU High Commissioner for Foreign Affairs and Security Policy Federica Mogherini in Kyiv Monday.

The main topic of the meeting was Russia's illegal annexation of Crimea in March 2014.

"Meeting with Crimean Tatars, Mr Jemilev and Mr Chubarov: The EU does not recognize the illegal annexation of Crimea," the EU Delegation tweeted before proceeding to the meeting.

In turn, Chubarov said on his Facebook page that the exchange of views between the parties was frank and open.

"Matters were raised and discussed most sincerely and frankly, which are the de-occupation of Crimea, the extension of sanctions against Russia, and the release of Crimean political prisoners, who were arrested during a rally on power supply on Crimea," he said.