Amid mounting pressure from Russia, Crimean Tatar leaders Mustafa Jemilev and Refat Chubarov refuse to give up fighting for their rights. 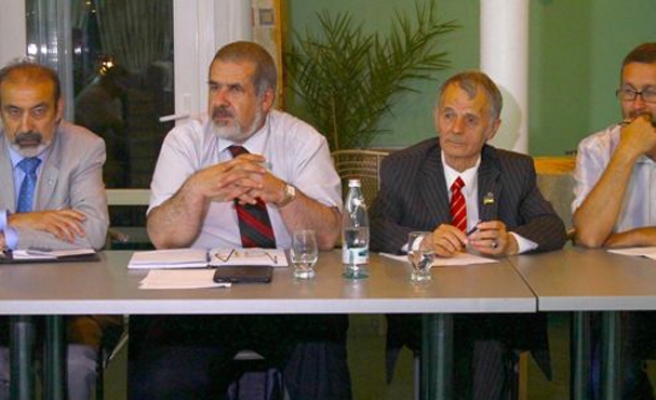 Crimea's pro-Russia administration has been increasing its pressure on the leaders of the Crimean Tatar community after results of a controversial referendum in March paved the way for Russia to annex the strategic peninsula.

The international community, including the United States, NATO, the UN and the EU, raised their concerns over the mounting pressure on the Turkic nation, but that did not prevent the pro-Russia government from banning Crimean Tatars' storied leader Mustafa Jemilev from entering Crimean soil.

On Saturday, the leadership in Simferopol banned another important figure of the long-suffered Tatars. The Chairman of the National Assembly of the Crimean Tatar People, Refat Chubarov, was slapped with a five-year entrance ban.

Both Mustafa Jemilev and Refat Chubarov have reaffirmed that the Crimean Tatars' self-governing national assembly will continue to work for the protection of the community's rights and interests.

"I will not file any complaint to the Russian administration about my ban," said Chubarov. "Because there is no justice and democracy in Russia."

Chubarov will directly face jail term if he enters Crimea.

He said there were 250 parliament members and 33 council members at the National Assembly, with whom he and Jemilev could maintain contact anytime.

"Russians know that, without their parliament, Crimean Tatars will go down easily. We are trying to stop the Russian pressure on us," he said.

Stressing that the whole world witnessed Russia's unfair attitude with the annexation, Chubarov warned: "Russia will never give a chance to the Crimean people and their leaders at all."

The storied leader of the Crimean Tatars, Mustafa Jemilev, said all Crimeans had been told by the new administration that they must accept Russian citizenship or face the risk of becoming foreigners, losing their political and civil rights.

"If we don't accept Russian citizenship, we will have no right to work, vote or stay in our homeland," said Jemilev. "This is a grave injustice."

Jemilev, also known with his adopted surname Qirimoglu, said Crimeans would only have 180 days to stay in the peninsula without having a Russian passport.

"We will never accept this in our hearts. This is the former Soviet system all over again," he added.

This is not the first time that the Crimean Tatars are being forced to leave their homeland.

The Soviet Union under Stalin forcibly deported Crimean Tatars from Crimea in 1944 as a form of collective punishment for alleged collaboration with the Nazis during World War II.

Over 230,000 people were deported, mainly to Uzbekistan, including the entire, ethnic Crimean Tatar population as well as a small number of ethnic Greeks and Bulgarians. A large number of deportees died from starvation or disease as a direct result of deportation.

Jemilev also said that the United Nations' efforts were not enough and statements of condemnation would not fix the situation.

"What matters most is how to implement those condemnations. There should be some threat to Russia's economy," he added.

Jemilev said there were enough Crimeans in the peninsula to defend their case and they would continue to fight "until Crimea is freed from invasion."