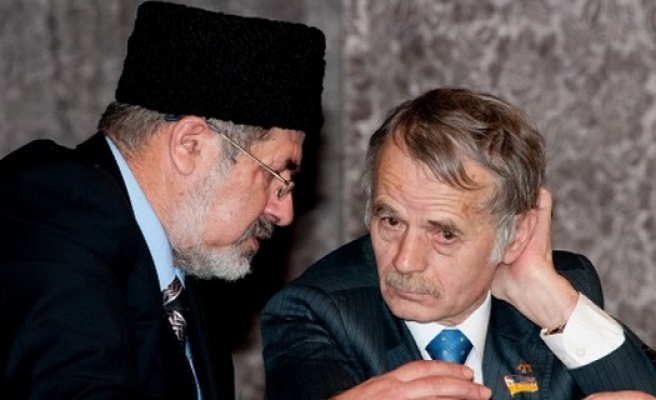 Leaders of the Crimean Tatars say they are planning a protest action at the border with Ukraine's Crimean Peninsula, which was annexed by Russia in March 2014.

The head of the Crimean Tatars' self-governing body, the Mejlis, Refat Chubarov, told reporters in Kyiv Tuesday that Crimean Tatar activists, who remain on mainland Ukraine, will block roads and checkpoints to Crimea later in September in order to prevent Ukrainian goods from entering the peninsula.

Chubarov added that the exact date will be announced next week.

The veteran leader of the Crimean Tatars, Mustafa Dzhemilev, criticized Ukrainian businesses for sending their products to Russia via Crimea.

Prices of clothes and agricultural products are higher in Russia that in Ukraine.

He added that Crimean Tatar leaders will meet with Ukrainian President Petro Poroshenko next week to discuss the issue.