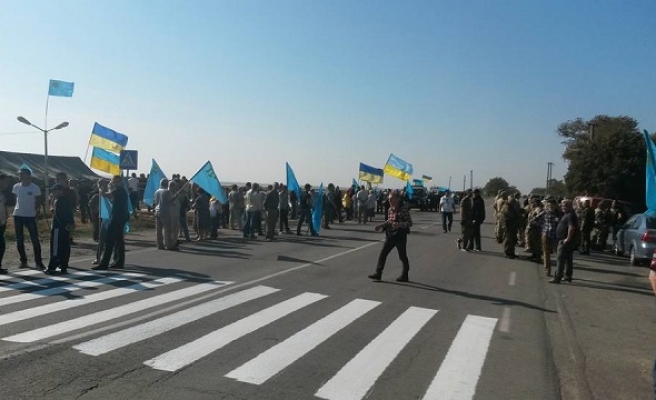 Numerous Crimean Tatar activists, including Crimean Tatar Mejlis' chairman Refat Chubarov, made their way to the administrative border between the occupied peninsula and Ukraine.

"We hereby urge our businessmen not to feed those criminals in Crimea," Chubarov said.

According to the Crimean Tatar leader the commodity circulation between Crimea and Ukraine in last five months was over $475 million.

"This is what we see here. That is oligarchs are here [in Ukraine] and Aksyonov (Russia-installed head of Crimea) as well as his criminals are there [in Crimea]. The money used to sponsor illegal searches in Crimean Tatar houses is made this way, between them," Chubarov stressed.

He also notified that their goal is "deoccupation of Crimea" and to "restore the territorial integrity of Ukraine."