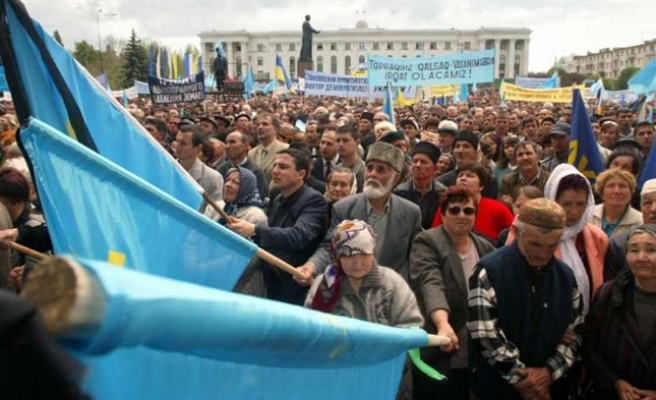 Crimean Tatar National Assembly Vice President Neriman Jalal has said that the Crimean Tatars are not satisfied with the decree signed by Russian President Vladimir Putin, which he stated was to rehabilitate minorities who suffered under Soviet regime.

Jalal added that many Tatars still do not trust the Russian government to implement this decision.

The decree, on the Kremlin’s website, says it aims "to restore historical justice and remove the consequences of the illegal deportation of the groups and the violations of their rights."

According to the decree, minority groups can form non-profit organizations to promote and conserve their cultural heritage and appears to attempt to pacify the minorities fears after Crimea was annexed by Russia in an eerie repeat of 1944 which saw Crimean Tatars deported en masse to Central Asia by Moscow and only returning to Crimea as the Soviet Union collapsed in the late 1980s.