The deal will include shipments of weaponry, ammunition as well as ground equipment, spare parts and pilot training 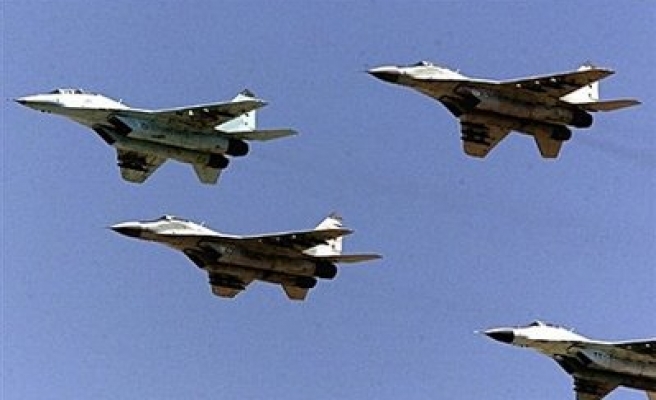 The Czech Republic moved a step closer to completing a deal to sell 12 subsonic fighter planes to Iraq after the Defence Ministry and plane maker Aero Vodochody agreed on conditions, defence officials said on Thursday.

The Czech army has a surplus of the L-159 fighters, made by Aero and used as training or light combat aircraft, and has been looking for a buyer. In July, the Czechs signed a contract to sell 14 L-159 planes to U.S. company Draken International.

The Czechs have been trying to secure a deal to sell planes to Iraq for years. A previous attempt to sell Iraq 28 of the aircraft fell through in 2013 when Baghdad agreed to buy South Korea's FA-50 planes instead.

A sale would bolster the air power of the Iraqi government which is battling Islamic State insurgents and would also showcase the Czech arms' producer, which is looking to expand its exports.

"We have never been as close with any counterparty as with Iraq," Marek Dospiva, a partner at Aero owner Penta Investments, told a news conference. "We believe a lot in this project, however we cannot say yet that it has been completed."

Penta said in April it had reached a conditional agreement with Baghdad on the planes.

The deal will include shipments of weaponry, ammunition as well as ground equipment, spare parts and pilot training, Aero said.

It did not reveal the price Iraq would pay for the planes but the ministry of defence said it would receive 750 million crowns (35.62 million US dollar), for a total of 15 L-159 fighter jets which it will sell to the plane maker.

The contract with Iraq still needs to be approved by the Czech government and is subject to further approvals and payment arrangements on both the Czech and Iraqi sides, Dospiva said.

On Wednesday, the Czech government approved a donation of ammunition for assault rifles, machine guns, rocket-propelled grenades as well as hand grenades to Iraqi Kurds.