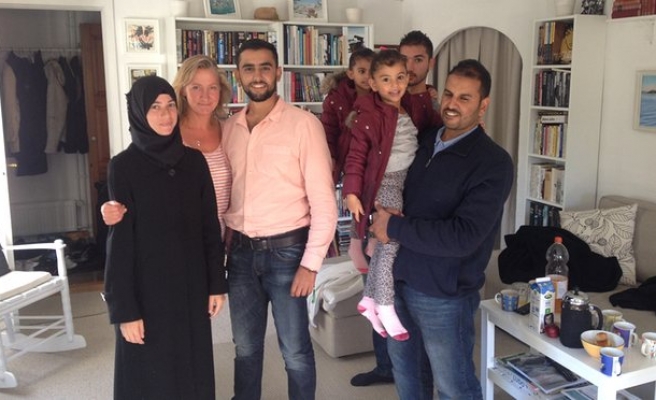 A Danish author and child rights' activist was on Friday convicted of people smuggling for helping a Syrian family en route to Sweden to seek asylum, her spokeswoman said.

A court in the southeastern town of Nykobing ordered Lisbeth Zornig, a high-profile figure in Denmark who has formerly served as the country's ombudsman for children's rights, and her journalist husband to each pay a fine of 22,500 kroner (3,000 euros, $3,350) for having aided refugees on the road to a new life.

Several hundred people have been charged with aiding refugees in Denmark in recent months. The sentences have generally been mild to date.

In the most recent conviction before Zornig's, a man who transported four Afghan refugees was ordered to pay a fine of 5,000 kroner (670 euros, $744).

Zornig had picked up the Syrian family in Rodbyhavn -- a port through which many refugees passed en route from Germany, before Copenhagen reinstated border controls in early January -- and drove them to Copenhagen.

"For me, it was like picking up hitch-hikers," Zornig told the court.

"Nobody thinks to ask them for their identification papers," she said, according to Danish news agency Ritzau.

Her husband, Mikael Rauno Lindholm, was accused of having served the same Syrian family coffee and biscuits in the couple's home, driving them to the train station, and buying their tickets to Sweden.

He explained to the court that he had called the police to ask if he was allowed to do so within the law.

"The police duty officer told me that was a good question but wasn't able to answer," he said.

According to police statistics, 279 people have been charged in Denmark for aiding refugees between September 2015 and February 2016, compared to 140 in 2014.

The rise reflects the surge in refugees who have arrived in the Scandinavian countries since last autumn.

Denmark, which has half the population of Sweden, received 21,000 asylum applications in 2015, a rise of 44 percent from the previous year.

The two countries have tightened their asylum conditions in recent months, which has drastically reduced the flow of refugees arriving.

Most notably, Denmark has authorised police to confiscate refugees' valuables upon their arrival in the country.